Playing with the kids

Last Saturday I had a wonderful day with the grandchildren.  Days like these are why the saying goes, "If I had known how much fun grandchildren are, I'd have had them first!" 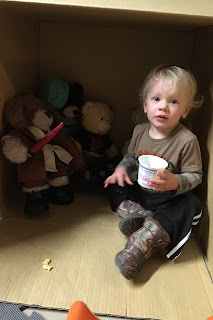 I went over there for a while so Mom could get some things done and run errands.  It doesn't feel like much help, but then I remember wishing for exactly this when mine were little.

Jon was sleeping when I got there, so Kiara and I played air hockey in the basement.  I had never played before.  It was fun.

When he got up, he joined us in the newly set up workout room.  he teddy bears had been hibernating in the big box.  Jonathan found them in there and decided to join them and share his cheese fish. 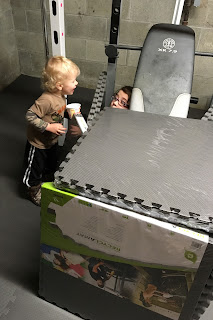 Kiara was hiding in her house under the whatever machine that is.  Jonathan was delighted to find her! 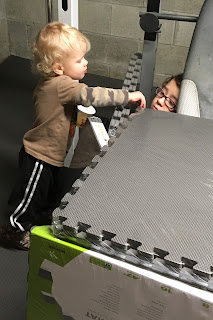 Then he decided she needed some cheese fish, too.


I had promised Kiara we'd have some girls time, so when Mom was caught up a bit, we came over to my house.  We put up an awesome blanket fort in the middle of the living room.  We watched Christmas videos, ate snacks, played games, and did some crafts in there. 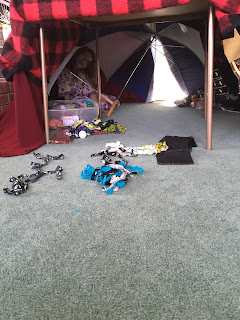 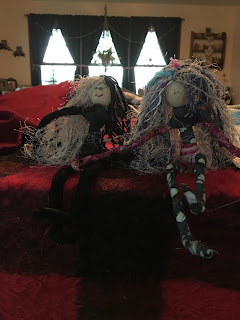 Remember the fun dolls from retreat?  Kiara asked to make another one.  Hers is all black because it's a ninja.  She also chose the colors on mine. 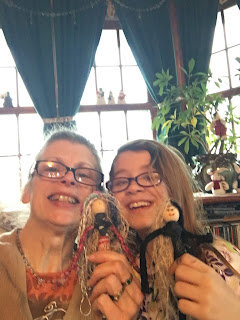 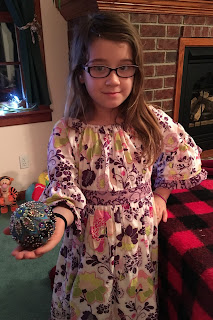 She mentioned her mom had admired the ornaments on the mantel, so I suggested we make one to give mom for Christmas.  I wrapped the ball before she got there- using the same fabric as many of the balls on the mantel.  Kiara chose which beads to put where and got really good at sticking the pins into the beads. We took turns sticking them into the ball.  She is so excited to have a nice gift she made all by herself for her mom.  It's wrapped and hidden. I wish I could be there when it will be opened; I'm not sure who will be more thrilled. 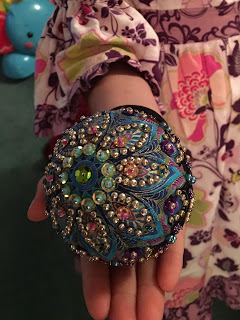 In spite of the imminent threat of dismantling all the progress we've made in 20 years, and putting us past the point of no return, there is good news in the environmental world.  Google is going to meet its goal of running on 100% renewable energy in the coming year. I have to keep reminding myself of all the individuals who have already committed to this- no matter what changes may come.

I am grateful for:
Lucas bringing Kiara into my life.
The luxury of a day I can spend playing.
The good days at work.
When the suffering ends, there is peace. ( I believe)
My Christmas shopping is finished!
Posted by Martha Lorshbaugh at 7:30 PM