I spent most of the weekend with Jonathan. At just over 2 1/2, he has become a very interesting little person.  His mom and dad gave him a haircut last month, so the baby curls are gone (much to my dismay at first!), and a little boy has suddenly appeared. 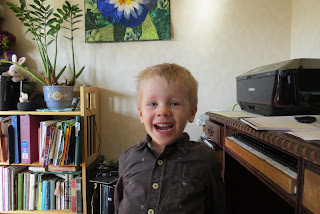 When you tell him to smile he says "Cheese!" and you get a happy smiling face. 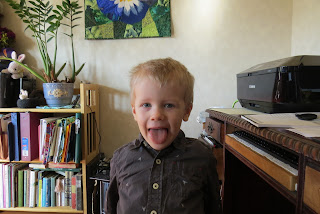 But since he's a little boy, it quickly becomes this face.

Isn't it odd how children have innate characteristics?  He likes to smash things, no matter what we're playing with.  When it's play-doh, as soon as I show him what I made, he asks if he can squish it.  I get out the blocks and he can barely wait until I declare my construction to be finished before he knocks it down. 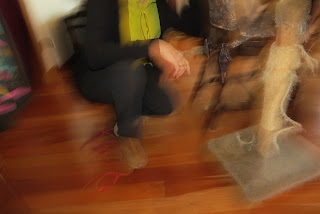 He also likes to play with my camera.  He tries to look through the viewfinder for some reason, although I never use it that way.  He tells me to say cheese, but is usually pointing at the floor.  Once in a while, I make my way into the picture.


Sometimes you can even see my face. 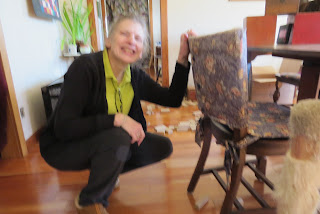 I finished one of my January UFOs the other day.  This is from a kit of the month I bought years ago (more than ten, I think)  I'll have to find the book they came from.  This one is an anniversary quilt in the book, but I think it will work just fine for a valentine's day decoration. 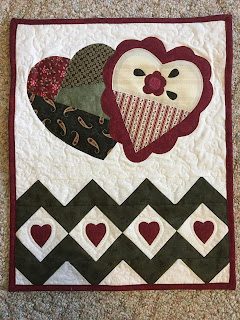 So, apparently the "president" thinks the ice is not melting, and polar bears are doing just fine.  There are people who believe what he says.  They think anything contrary to his words is fake news.  We can't be complacent.  We cannot say that he isn't hurting me personally and the next guy will just undo it all.  We have to speak up, make our voices heard.  There is one and only one issue that matters if we want our grandchildren to have any kind of life.  So we have to make sure those who put their own interests over that of the health of this planet don't shape the future!

I am grateful for:
Yummy cinnamon rolls!
My grandchildren, who bring joy to my life.
A bit of creative time here and there.
The ability to choose what to watch when I want to watch it (even without the ability to stream stuff on demand)
Sleep, when I can get it.
Posted by Martha Lorshbaugh at 3:52 PM