Only a Moment Ago?

Here I am again, playing catch up.  In all honesty, it hasn't felt like I have much to write about.
Since last I wrote..... 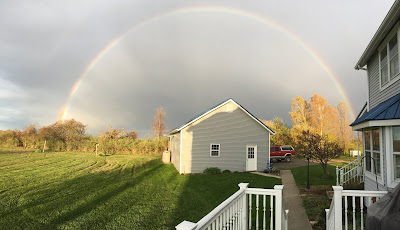 I've been in for another three months check-up with the oncologist.  At the first one, I was feeling very anxious.  I was so lucky not to need any treatments after my surgery. My family- and some of my friends, I think- all heaved a collective sigh of relief and say "Thank God that's over!"  But for me, every three month is a reminder that they are still looking for it; it could be hiding in another spot, waiting.  And I don't think I will ever feel like it's over.  But my doctor gave me some ides to cope with it, and I have done a fairly good job of putting it out of my mind between the checks.  In fact, Sunday I was working in the front garden.  My gardens are all a disaster this year- the worst they've ever been, I'm afraid.  And I pondered what the heck I was doing last fall that kept me from making one last pass around to get some of the weeds out?  I actually had to stop and think for a minute before I remembered- oh, yeah, I had cancer surgery in September.

I haven't been doing a lot of sewing lately.  I get bits of sewing time here and there and most days I just don't feel like going up to the sewing room for 20- 30 minutes.  Plus there's the fact that some of the projects I'm working on can't be shown yet.  Have I mentioned the "telephone game" we're doing in the ArtCGirlz??
But I did get a new skinny quilt finished for my office.  I'd like to have one for each season.  This is by "Patch Abilities". 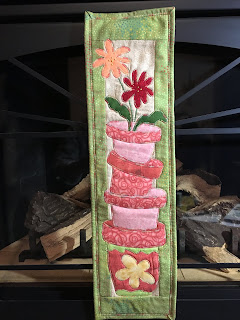 A month or so ago, Cait mentioned Jon had asked her for a "Jake the Pirate" blanket.  (It's a Disney channel show)  I had been asking Jon if he wanted a new quilt for his big boy bed, so I told her I was on it!  She had looked at fabrics, and shared the website with me.  The big print is Jake, the rest are from a Riley Blake collection.  The pattern is the Big EZ.  I used this pattern for my step-grandson Jake's graduation quilt some years back.  Nice coincidence, isn't it?  My machine has been playing nicely, so I got a lot of the quilting done saturday and hope to have this done by Jon's 4th birthday in June at the very latest.  He has asked for it twice already- he saw it in progress when he came to sped the night a few weeks ago. 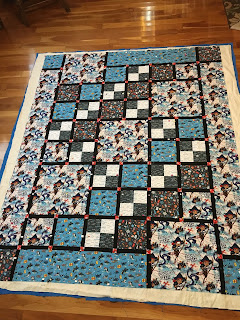 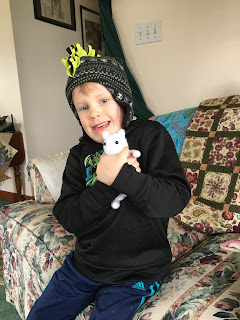 Mostly I've been knitting little creatures from a book by Rebecca Danger, called 50 Yards of Fun.  It's meant to use up leftover yarn, so of course I had to go buy yarn.

This was the first one.  I didn't get a picture of it before Jon decided it was his.
He and his sister looked at the book and put in orders for about a dozen of the ones pictured in the book.  so far I've finished these... 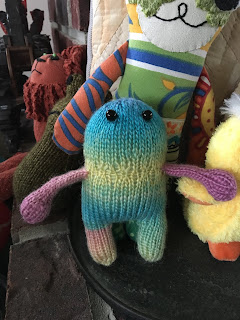 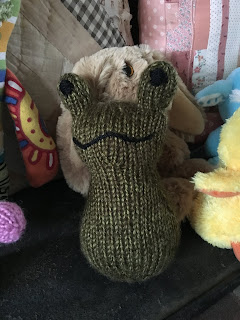 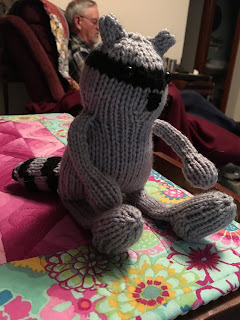 This one isn't in the book, but I managed to figure out how to make them.  Supposedly the pattern is available on her blog, but the page won't open, so I improvised.  She calls it a bunny nugget. 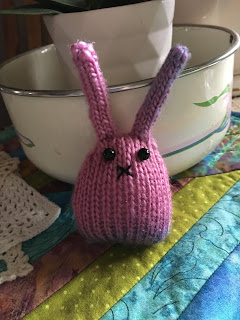 I spend lots of time with the grands!  Jon got a dress up cowboy hat for Easter, so he and Papa modeled their hats together. 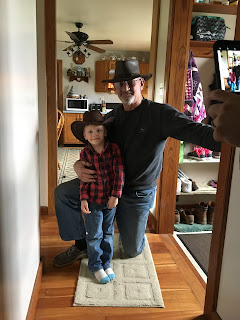 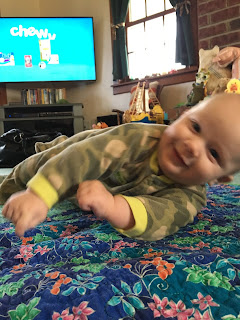 Kiara came  for a sleepover and we made an awesome blanket fort.  She wanted us both to sleep in it, but Oma has a hard enough time sleeping in her comfy bed, so we settled for reading and watching a movie. 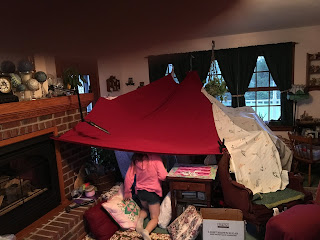 Everett is finally getting to the age where he will look at you and smile for a picture!  Aren't they handsome boys?? 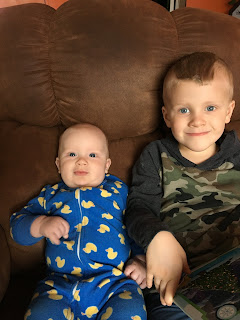 I got this very cool thing (I have no idea what its original purpose  might have been!) at the thrift store and decided to give her a crown when I spotted this little cactus at the garden store. 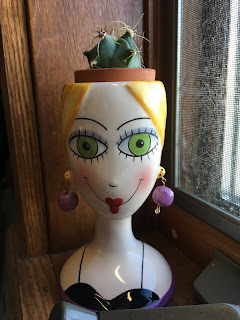 Really brings home the big difference that can be made with small choices!!  I carry a straw in my purse (thanks to Penny!) and always tell the servers NO Straw in restaurants (many bring one anyway, sadly).  It's just a matter of making new habits.

I am grateful for:
Perfect spring days!
All the pretty birds at my feeders!
Good sewing days.
Interacting with the students at work.
My wrist isn't hurting after gardening anymore.

Posted by Martha Lorshbaugh at 9:25 AM