Due to an emergency at the shelter, I have kittens in the nursery again- after assuring everyone I was done fostering.  Who could say no to this??? (click here if the picture above isn't actually a link to the video!)

So, yeah- it's been a month since I even tried to write a blog post.  I think of it a lot- which is a bit like an absentee father telling you years later you were always in his thoughts.  Big deal, right?

In truth, I just don't have anything to show.  The only sewing I've been doing is the Telephone Line game the ArtCGirlz are doing (Oh, crap- there's another blog post to write...)  And I can't show that until the big reveal in October.  This project is kind of kicking my butt, in all honesty. Trying to figure out what the original theme might have been while looking at a single piece of the chain of work- always from the same person- is intimidating to me.  Kathi- who I get things from- is SO artistic and fearless in her work, than I often feel like my piece will be a big let down by comparison.  I know, it's not about comparing or competing.  But in the end I don't want to be the one who "clearly didn't get it" when we reveal all the pieces in each person's group.  Hopefully I have made something that not only reflects the piece I was given to work from, but also reflects the tastes of the person who will receive it. 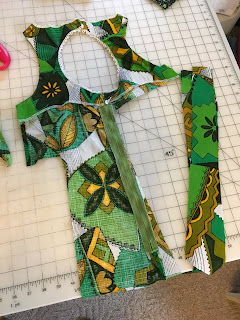 I bought a very cool Hawaiian dress at the thrift store, which was way too small for me.  (I didn't take a picture of the dress before I cut it, so here's what's left of it) 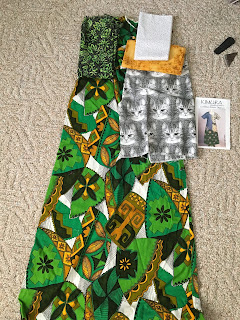 I picked coordinating fabrics for it, the same way I would pick fabrics for a quilt,   and used my design wall (the floor in this case) to decide which one went where on the dress.


Here's the finished product.  The pattern is Carribean Breeze dress by Stephanie Kimura.  I'm not sure it's still available.  I've had it for years. 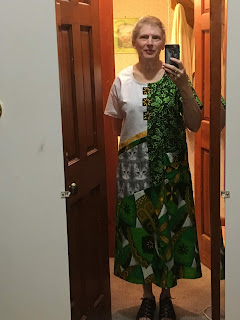 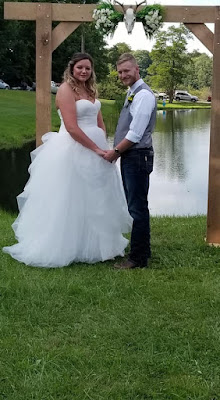 My step-granddaughter got married.  She's the one I made the beautiful blue and white quilt for. 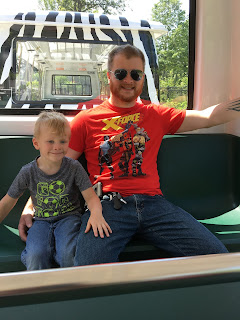 Lucas and I took the kids to the zoo,sort of for my birthday.  I used to take my kids there all the time, but it had been a while since I took the grandkids. 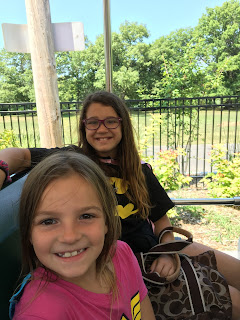 This is us on the new tram to take you back to the entrance.  We were all too hungry to hike way back.  (I had forgotten this zoo is a long skinny space, rather than one you can go halfway around and run to your car for the food) 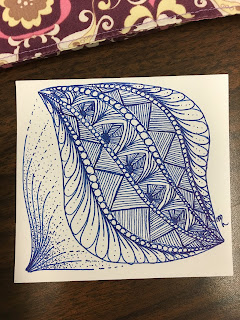 At work, we "enjoyed" the whole  "Welcome Back" assembly where they introduce new people and the president gives a sort of state of the college address.  As you can see, the speech was riveting.  I hadn't done a zentangle in a long time!


We've had some rather intense thunderstorms the past week or so.  I got home from work one day to find this sky off to the east.  I don't think this storm hit my house, but clearly someone was getting some rain! 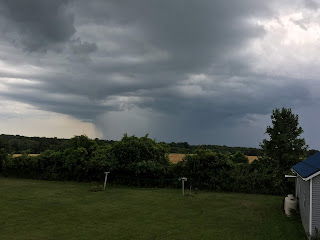 I was given a generous donation of scraps of yarn for my creatures. I needed a little bit of yellow, and got two whole skeins. 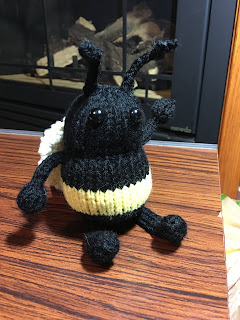 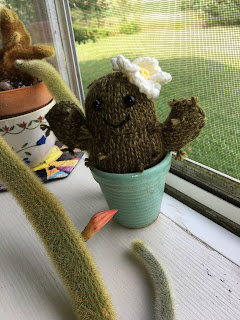 So I decided to make one of the Monsters in the other book.  I don't particularly care for this guy.  It might be the color, but I think he looks like a tooth. 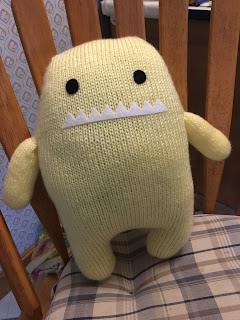 The kittens are from a situation where they were neglected.  This sweet baby is 8 weeks old, but weighs less than half of what she should.  (She climbed into my slipper and posed!)  So far, her name is Bitsy.  But I'm going to try and find her a warrior name.  She shouldn't have survived, but she did.  There might be a lesson in that. 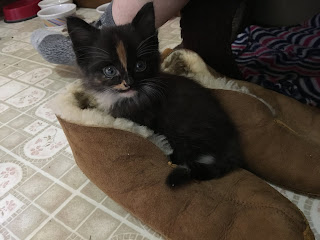 I am grateful for:
Any time I can spend with the kids.  They are the light in my life.
A bit of a vacation while my hubby is away (shh, don't tell him I said that)
Cool nights sleeping with the windows open enjoying the summer sounds.
Beautiful skies.
The people who know me, and put up with me anyway.
Posted by Martha Lorshbaugh at 5:01 PM