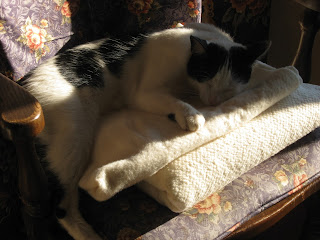 Maybe this is what they mean by lazy days of summer?
I don't think I am ever this comfortable.
Poor George has actually been limping around due to an injury on her foot. Not serious, but we're taking precautions against infection.  She did not enjoy her trip to the vet. 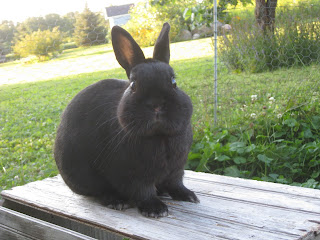 Snoopy Rabbit (aka Mr Bunnyman) is enjoying his outdoor enclosure where he can eat all the clovers he wants! 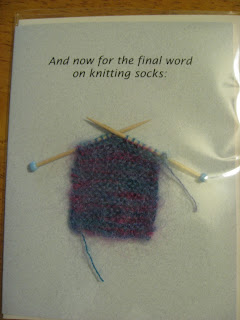 I meant to share this after my birthday.  It was sent to me by my dear friend Maggie. 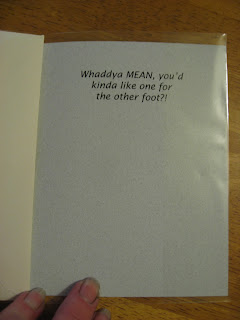 I don't know if she had ever heard of "second sock syndrome" before, but it is true- the second sock takes three times as long as the first one! 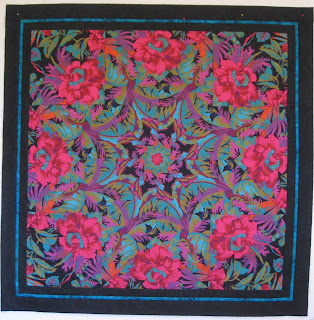 Here is how my mandala LeMoyne star has come out.  Now "all I have to do" is decide how to quilt it.  I was thinking of trying an "overlay" design the way Marilyn Badger does some of hers.


Apparently Marilyn Badger doesn't have a website? I found a picture from a member of the same guild.   See how the quilting seems to add another design  layer to the quilt? 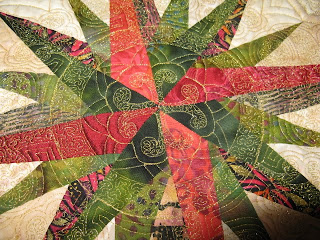 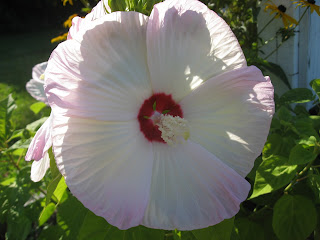 I figured I'd join in with others I have seen recently and show a picture of my favorite hibiscus in bloom.  Mine are late for this area, but well worth it! 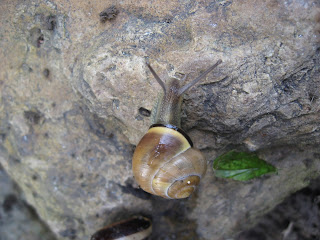 In the garden this morning I was pondering the fact that I carefully move snails out of the way so I don't squash them when I'm working, but I will go out of my way to step on slugs.  Other than the shell, they are the same creature. So why would I detest one and not the other?? 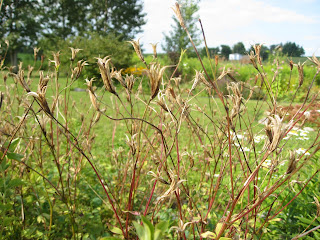 The Columbine have all gone to seed.  I should cut them back, but I don't know what creatures might eat the seeds, plus I can get more Columbine if they sprout!

And the seed heads are really very pretty! 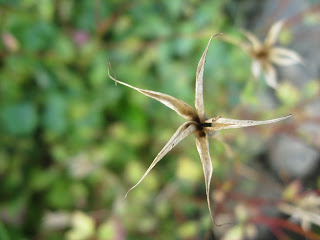 Twice recently a cashier in a store has been happy with my request to either use my shopping bag, or to give me no bag. Both were in the 20 something age range.  One thanked me for bringing bags, and asked where I had gotten one that she particularly liked.  The other said she would prefer never to give bags.   I am pleased by this as it indicates that perhaps the younger generation is developing a different mindset about reducing the amount of trash  we create- something I have mentioned several times, I'm sure!
In addition, I saw a piece in the newspaper recently saying that in New York state is is no longer economically feasible to operate coal burning power plants.  It made me glad to see this!   Coal is one of the worst offenders in the greenhouse gas/ energy connection.
So it's working- slowly.  (Maybe too slowly).  We have to keep up the hard work!!!

I am grateful for:
Brief updates from Mary.
Nice cool nights and comfortably cool days.
Pandora radio
Saying no (at least I think I did)
Any day I don't have to cook.

Posted by Martha Lorshbaugh at 1:29 PM