Last Saturday we turned in our 2014 challenge entries at the meeting of the Museum Quilt Guild. (The website is brand new- still a WIP, I think)
So now I can show you what I did.
The theme of the challenge was "That was then..." and the year the maker was born.  My year is 1960. (Some of my fellow quilters said I'm just a baby.  Not true- I have to scroll pretty far down on those web forms that ask for your date of birth!)  This was a fun challenge, not only for the quilt I made, but for the facts I learned about 1960.  For example, the birth control pill went on the market.  The Flintstones made their tv debut.  "The Twist", by Chubby Checker was the number one song.  Psycho, the movie that made us all afraid to take showers, was released.  So weird that's all 50 years ago.  it doesn't seem that long ago! 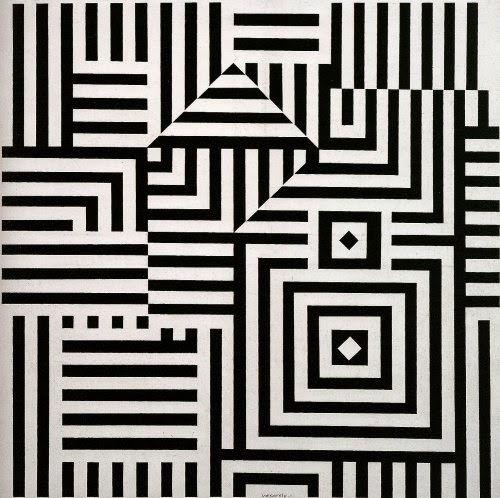 Anyway, in my research, I stumbled upon the modern art movement, and "Op art", which led me to Victor Vasarely.  He is considered to be the father of the op art movement. 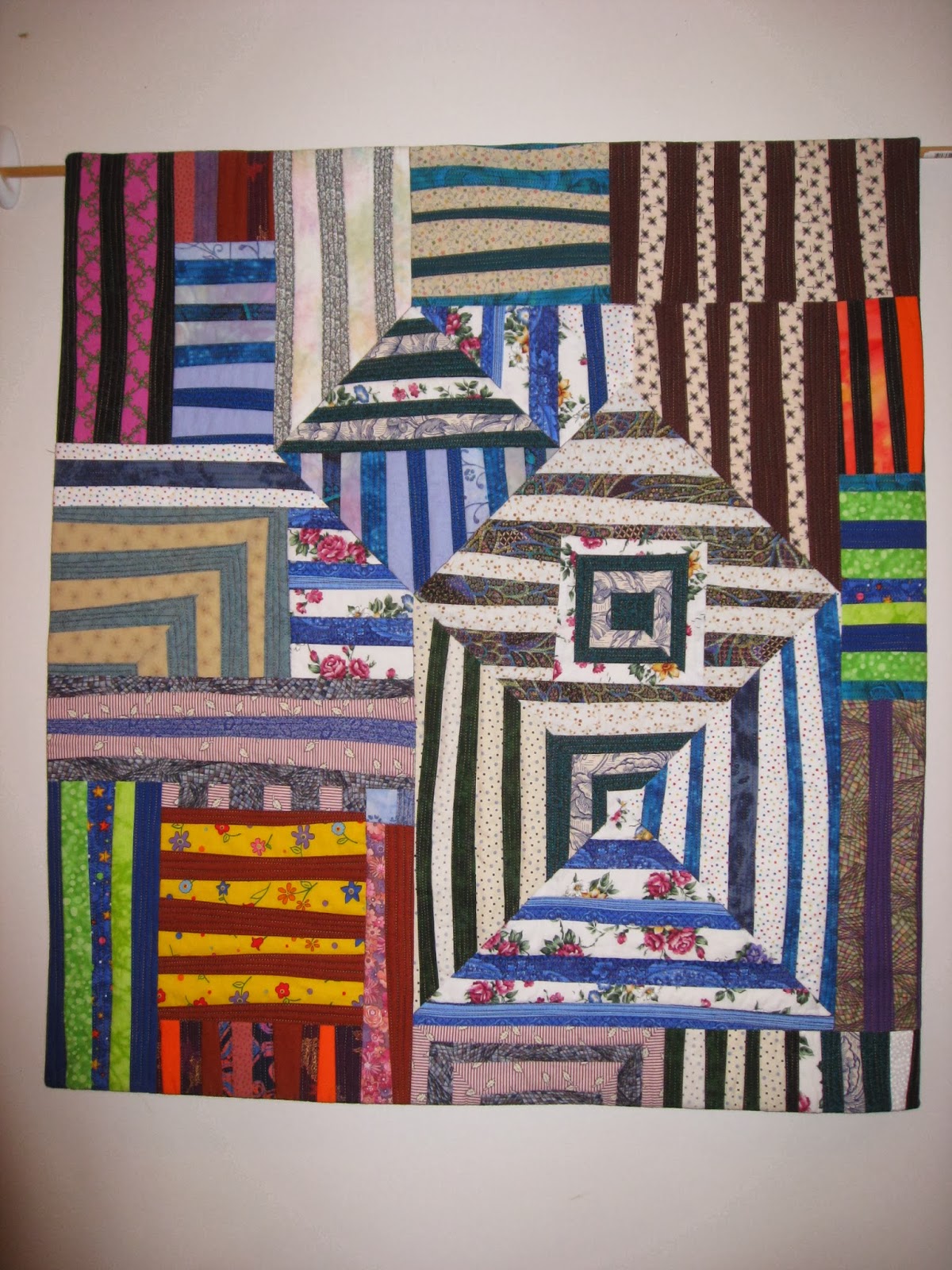 This is based on, but not an exact copy of "Riu Kiu C", which was finished in 1960. I had never been exposed to his work that I am aware of, but I immediately fell in love!  If you have never seen his work, go spend some time there.

I have been doing what Rayna Gilman calls "Therapy sewing" ever since I read her book a couple of years ago.  This is the first project I have made with the fabric I have created.  Some of these were already in my strippy bin and some were made just for this project.
It was great fun!


I am never sure when a piece is finished.  It often seems that the "best" quilts have more- something.  More elaborate quilting, more visual interest, more stitching, more sparkles.....   Just more.

So my first instinct was to do more to this.  I was thinking hand stitching, maybe in the lightest strips.  But on the advice of a couple of fellow quilters, I stopped. 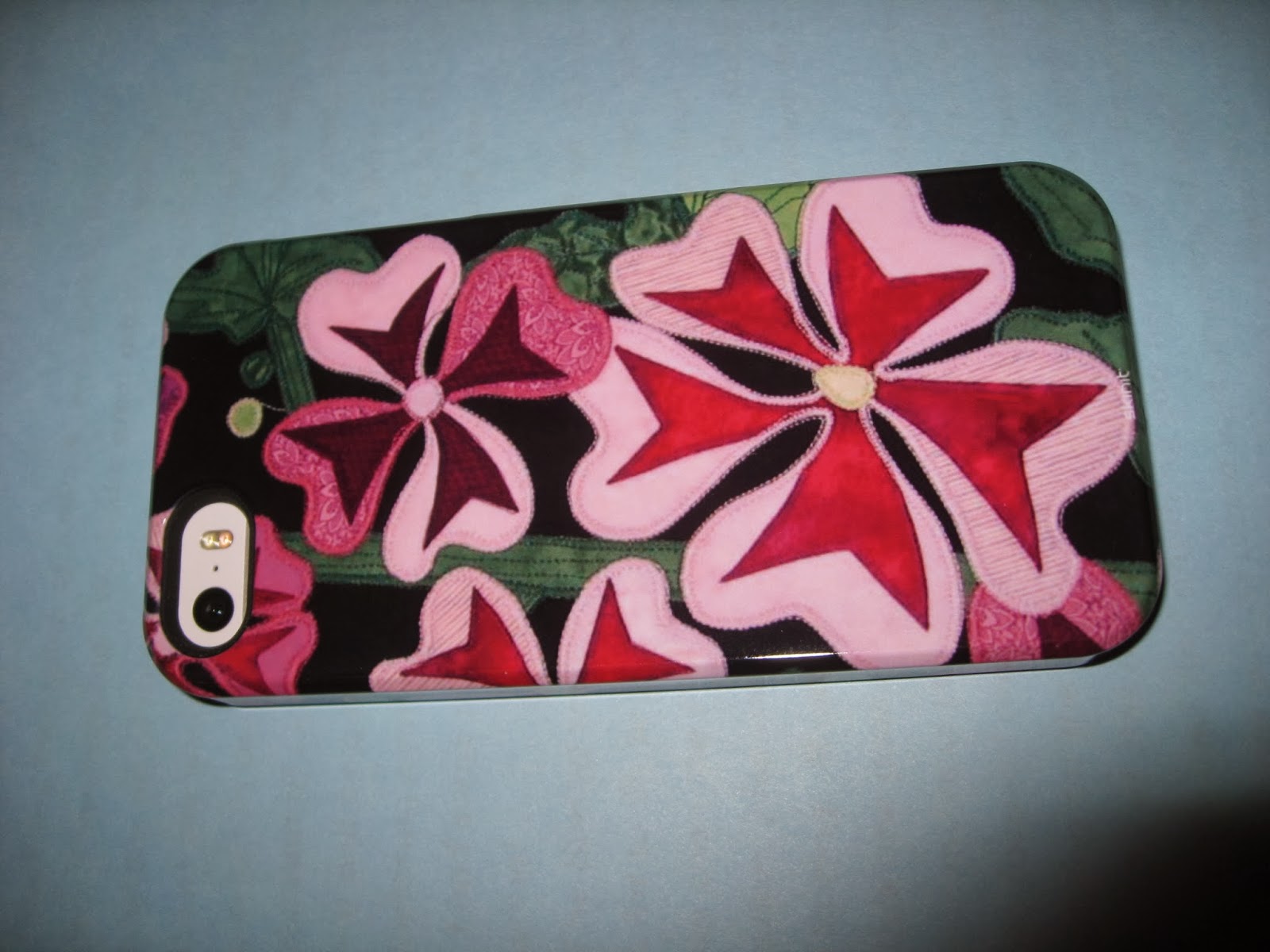 Something else I was very excited about last week was the new case I got for my iPhone.  Being a very spoiled child, I wanted something more interesting than the ones they had in the store.  So I went to skinit.com and ordered a custom case.  This is the quilt I use as the background picture at the top of my blog.  I have no affiliation with the website, but I will say it was super easy to create. It seems sturdy enough for how my phone gets handled, but if you need the heavy duty cases (like otter box or lifeproof) I don't think it's for you.

My friend Lori was looking for a way to use chicken feed bags her sister gave her.  We found some cute ideas:
http://www.instructables.com/id/Feed-Bag-Tote-Bag/
http://www.the-chicken-chick.com/2011/10/re-purposed-feed-bags-pushing-envelope.html
I may try some of them with the cat litter bags I accumulate when I have foster babies later this year.  It's just another example of how we can keep things out of the waste stream if we think creatively.

I am grateful for:
lunch with guild friends after the meeting
getting there and back safely on bad roads
leftovers on work days so I don't have to cook as soon as I get home
time to play in the sewing room
forgiveness


Posted by Martha Lorshbaugh at 2:35 PM