Wait! Where did March go?? 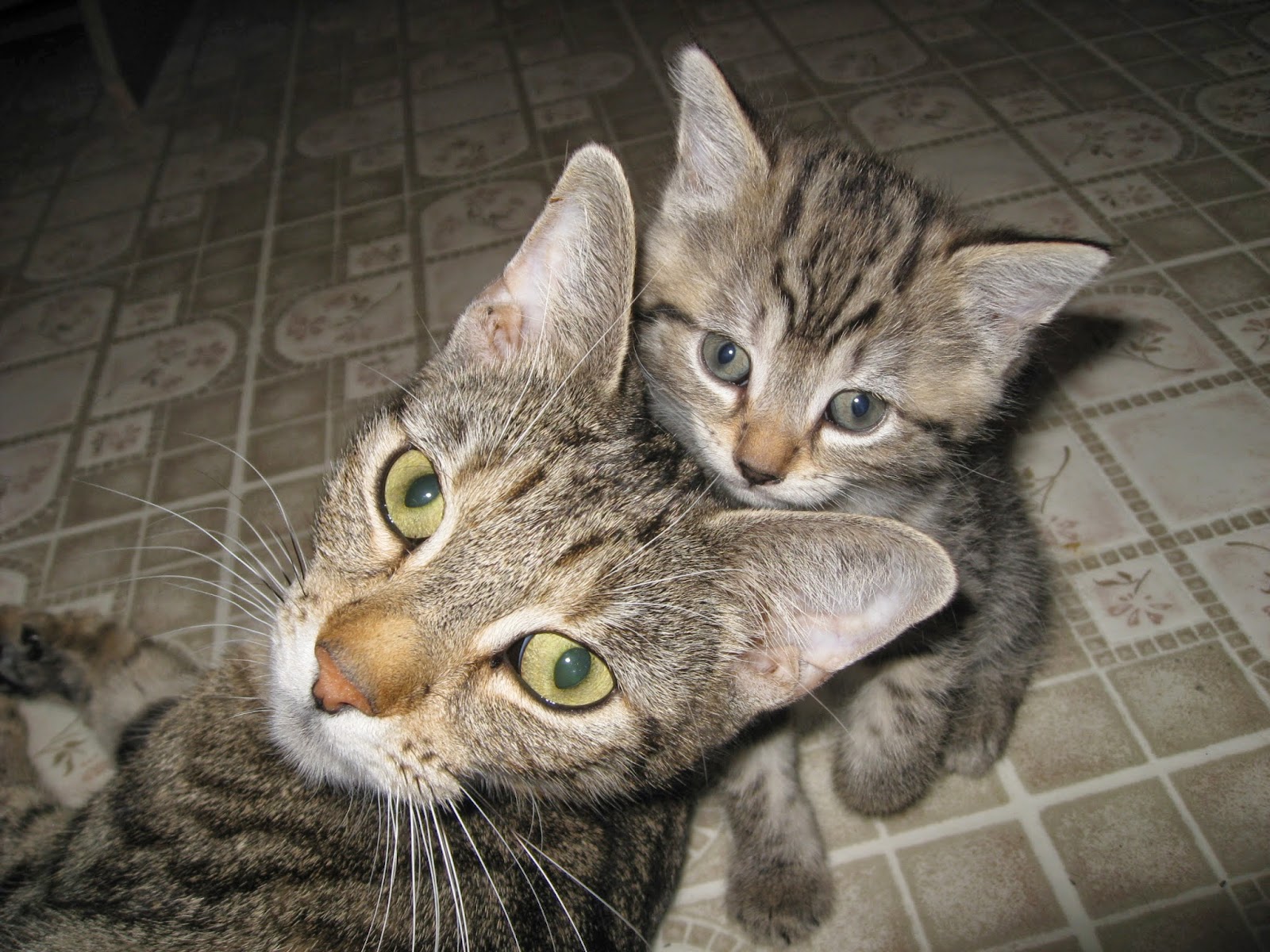 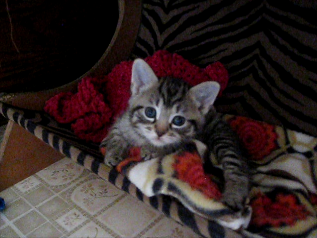 I had a great time, but if I was home I was trying to catch up on what didn't get done while I was away!  Hubby said I am now grounded.  He doesn't know I am glad to have nothing more scheduled until October.

Fortunately I am back in kitten fostering mode.  So that means these sweet babies (and their mom) rely on me to be there every day.  There are five of them- nearly identical.  No, I can't tell them apart!

While at Mary Lee's house, I had kitties to keep me company too.  She inherited her son's cats when he decided he could no longer care for them.  They had names, but Mary simply calls them Black Kitty ... 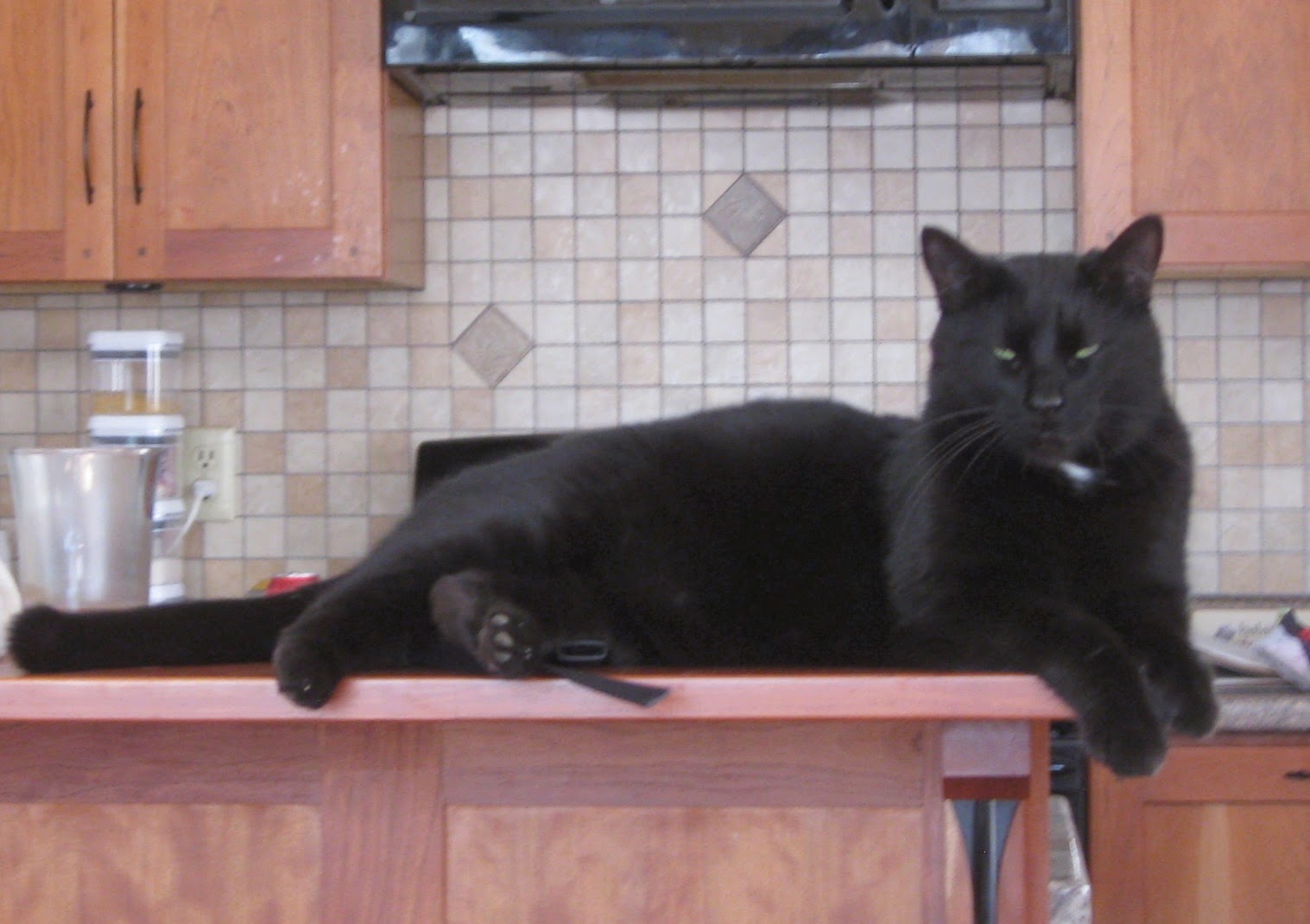 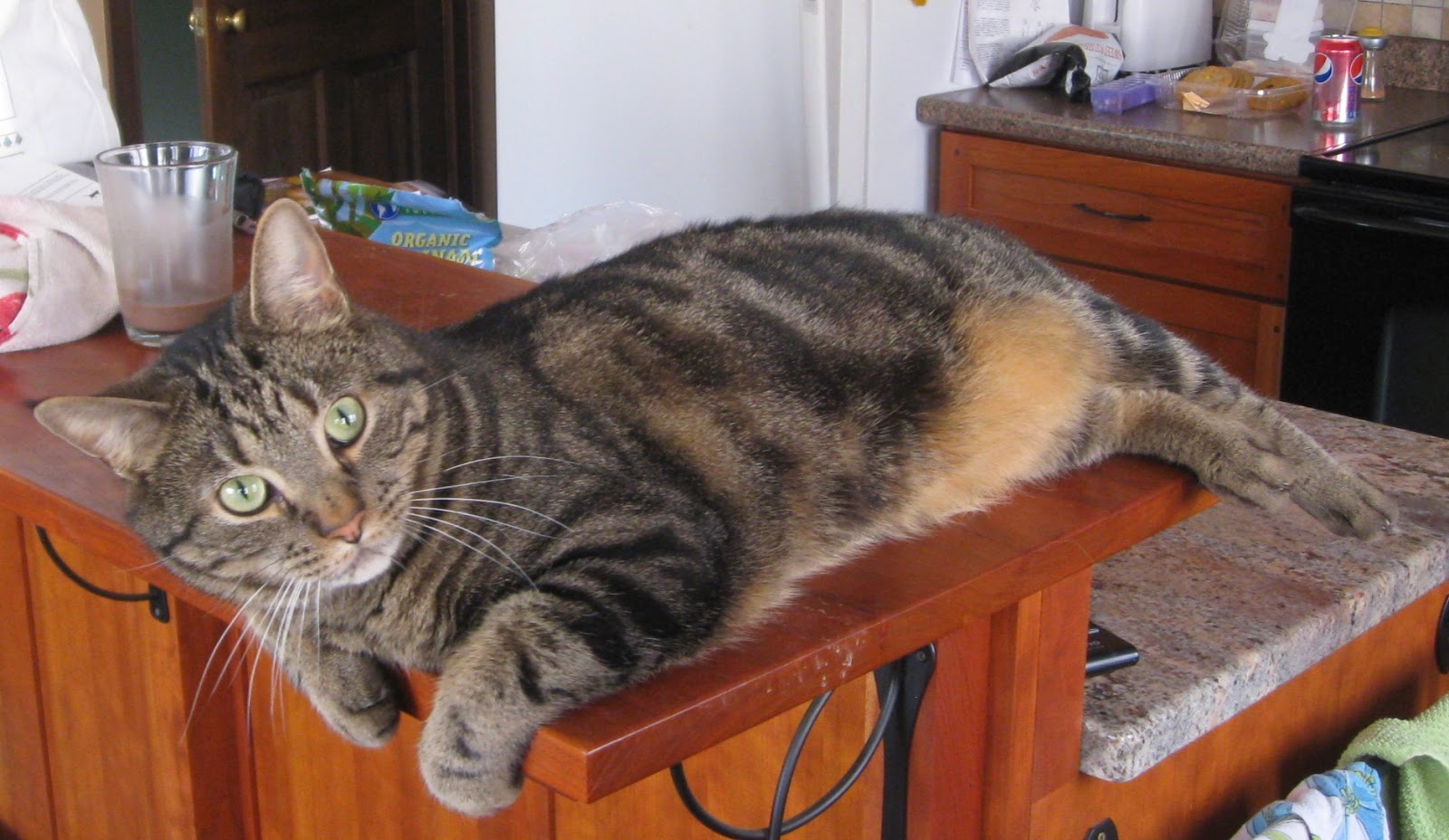 and Not Black Kitty.  Both big sweet loveable boys, who sort of took turns sleeping with me in the guest room.

( I had brought the quilt I always travel with,  and somehow they knew there was something in the house they hadn't slept on yet) 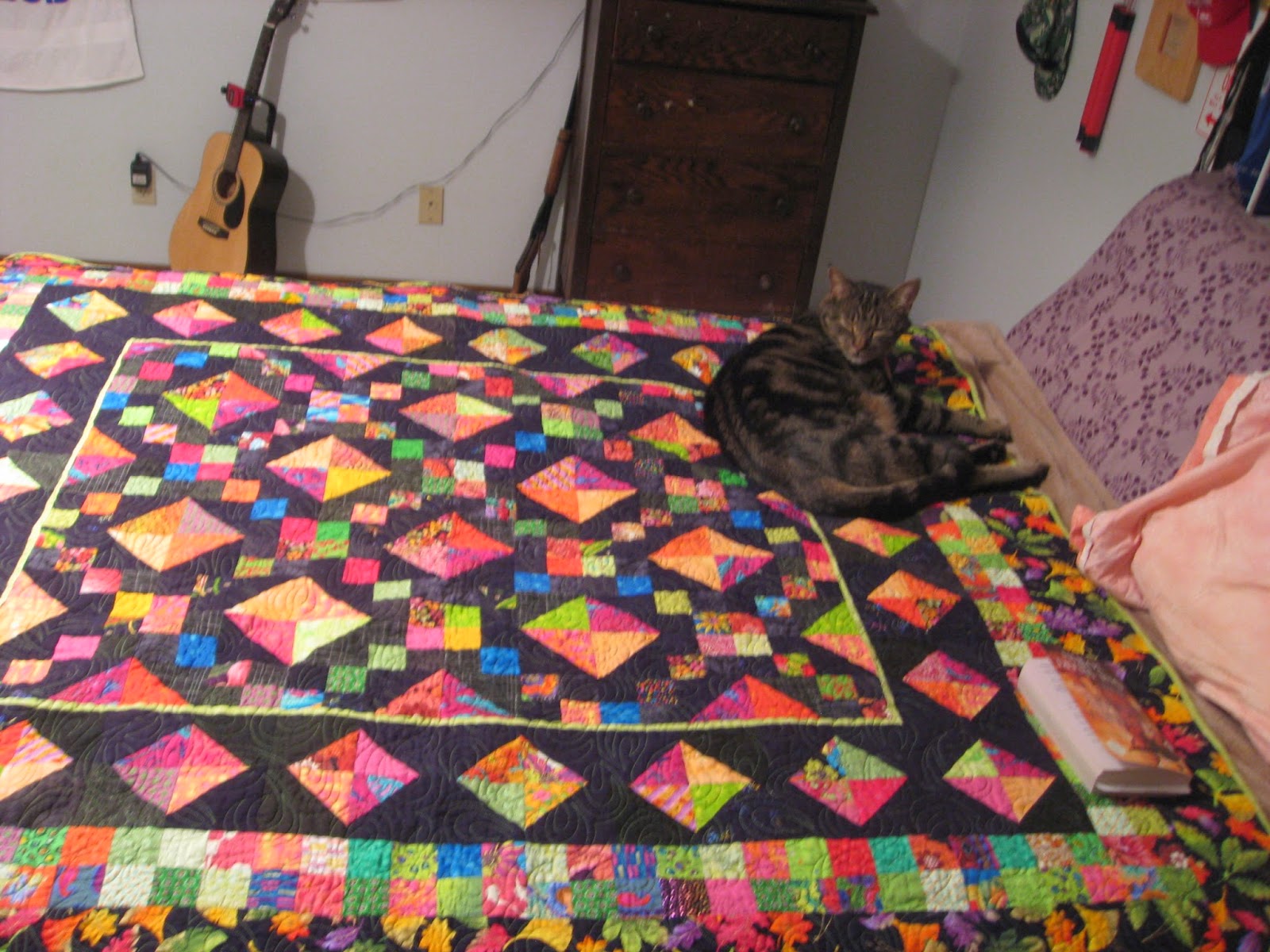 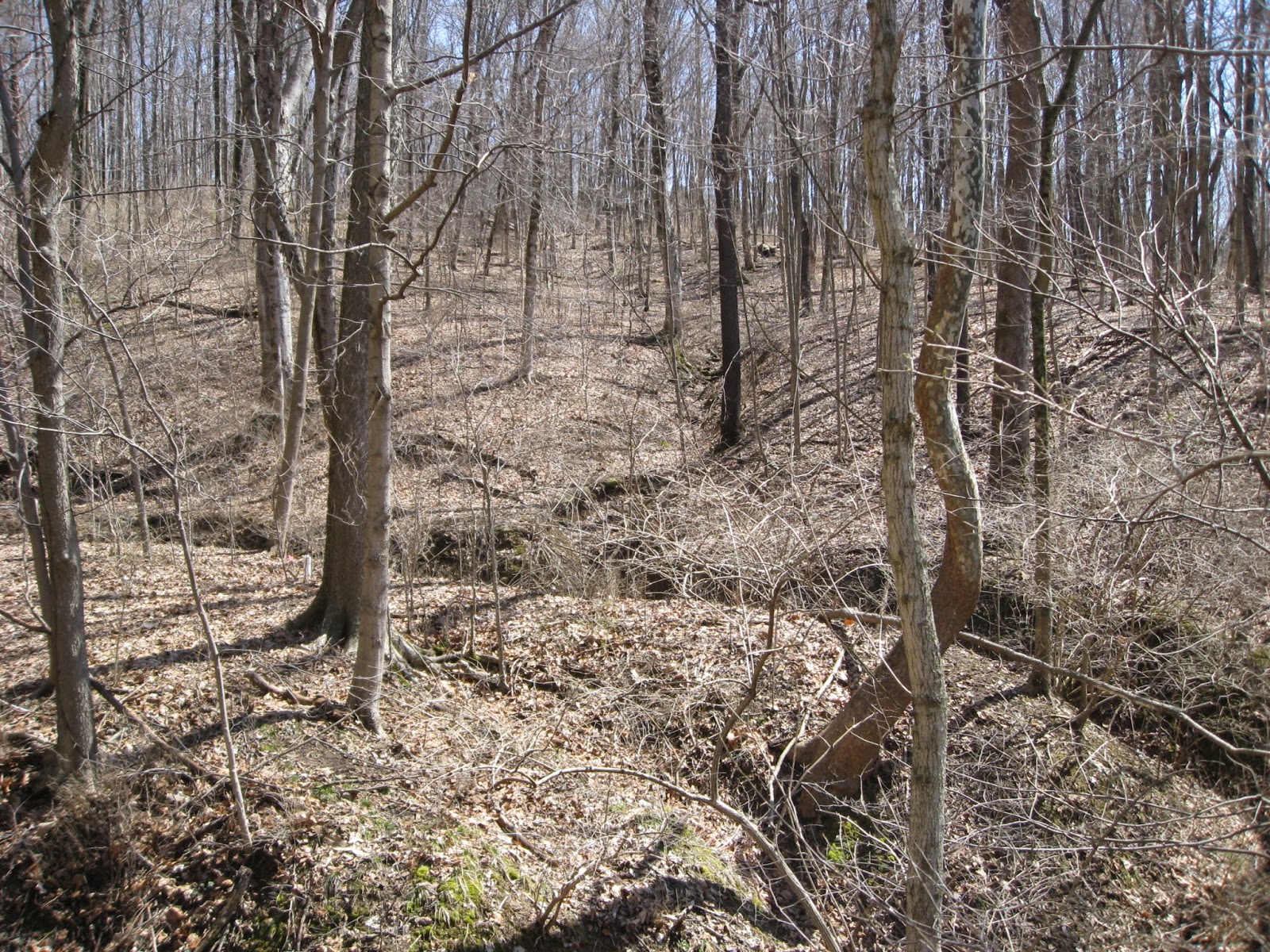 Mary's back yard is the total opposite of mine.  She was apologetic that is was so brown, but I enjoyed looking out her windows.  I even went out and did some bird-watching!

There are wildflowers coming up everywhere in her yard.  I had fun trying to identify them based only on leaves peeking up.  But the Dog Toothed Violets were easy since they were already in bloom!  I had never seen white ones before. 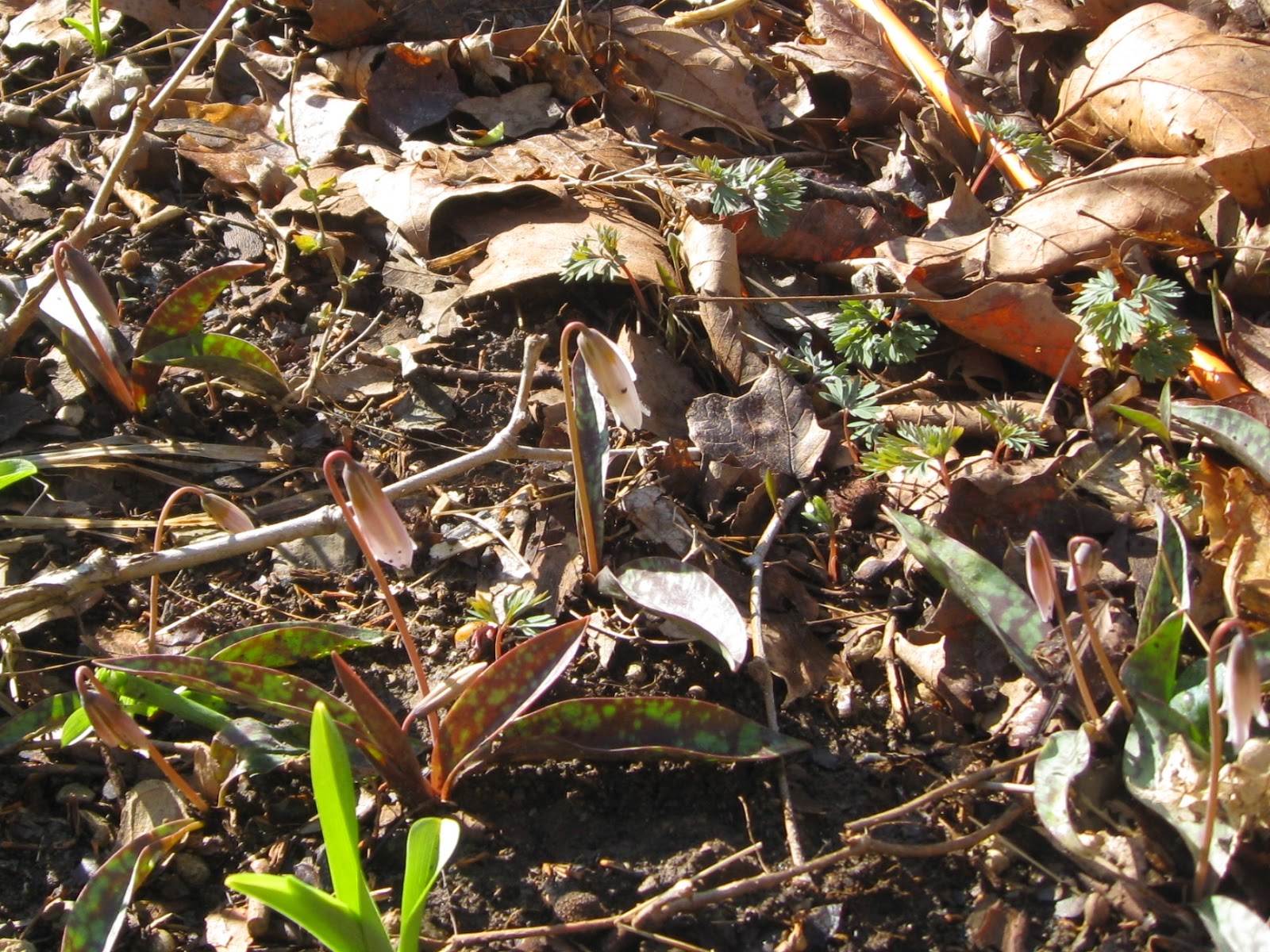 Following the cat theme of this post, I am also including a picture of the cat dolls I made from a pattern I got at the Lancaster show.  The designer, at Gold Star Stitchery,  is also a "crazy cat lady" at the shelter near her- volunteering one day a week and donating proceeds from her patterns to the shelter!
The pattern is called "Chessie". You can see her other patterns- and dolls she has for sale here. 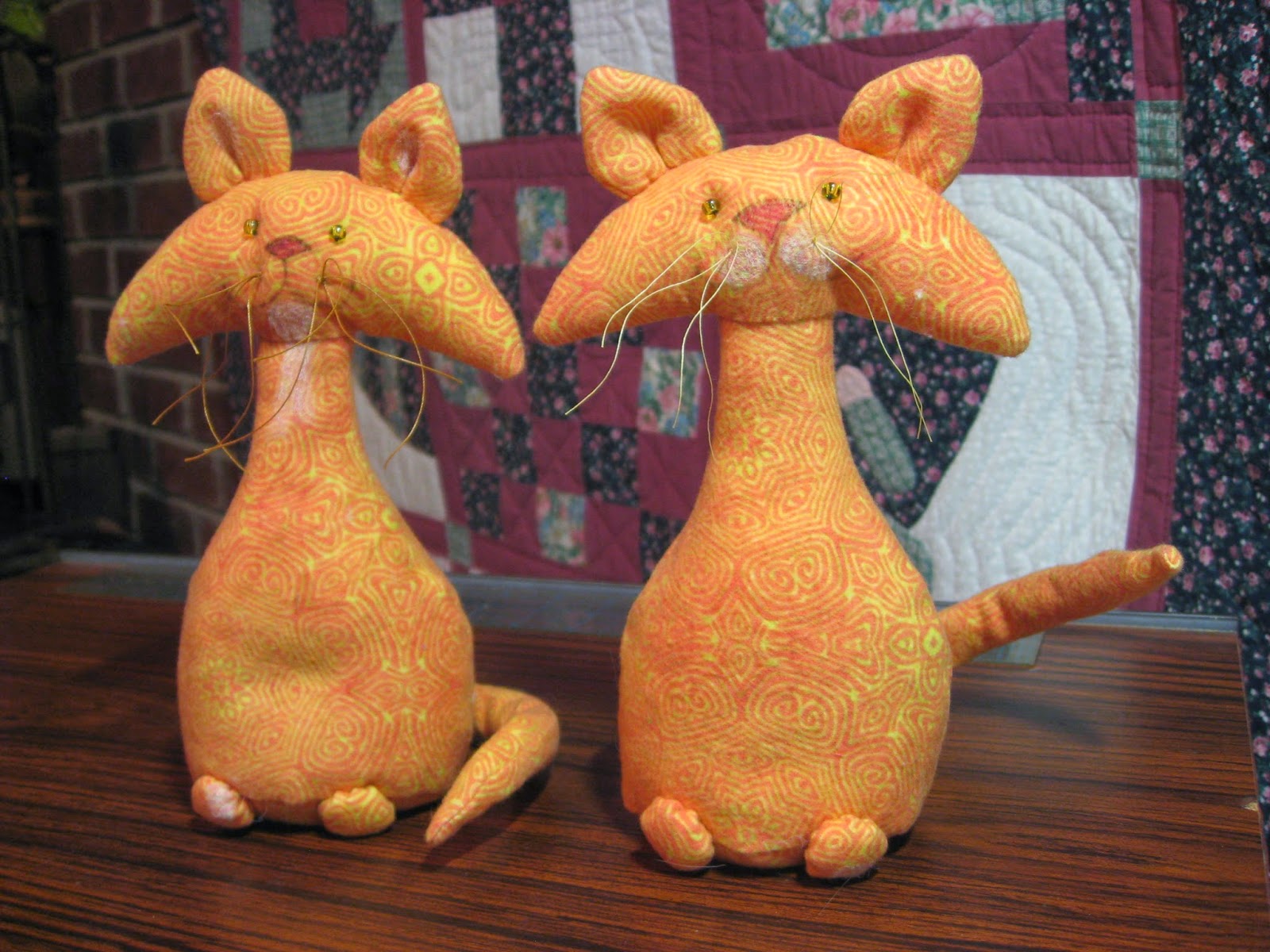 One of these cats is male.  I made him that way for one of my fellow CCL's at the shelter.  Her daughter suggests I make more of them with Velcro- sort of a neutering demo!

My green though is based on the fact that with the snow melting you can see all the garbage which has collected along the roads.  Pretty ugly. It is so easy to see when you are traveling what a difference the bottle deposit laws have made in New York.  I don't know why it isn't a national law!

I am grateful for:
Time with Mary after months and months!
Baby kitties to cuddle and improve my mood. (you can't spend time in "the nursery" and still be in a bad mood!)
The great blessing of working part-time.
The crocuses are blossoming at my house.
My fellow cat ladies.
Posted by Martha Lorshbaugh at 2:07 PM