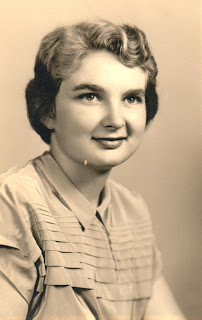 This is my aunt's college graduation photo.  I never knew this lady, in all honesty.  The aunt I knew was more jeans and t-shirts, or fishing gear. 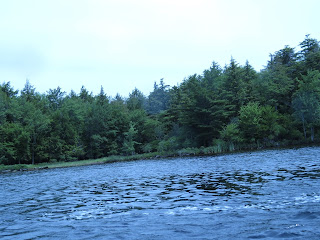 She spent most of her summers at a great house in the Adirondacks, near Old Forge, on the "Fulton Chain of Lakes".   She spent many an hour out on the lake in her small boat, fishing.  It must have been where she was happiest, as she asked that her ashes be spread there.


Al and I did it last weekend.  We couldn't find the spot where her house had been- it wasn't right on the lake, and it had been some years since we had been there.  But this spot looked like a place she would have caught some nice fish.

We dropped the anchor on the boat,  placed the ashes in the lake and drank some wine and had a toast in remembrance for her.  I looked up to discover a halo on the sun. 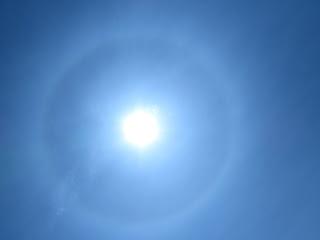 She never married or had children of her own, so she had a very special place in our lives.  She lived far enough away for most of my young life that we mostly saw her at holidays and special occasions. 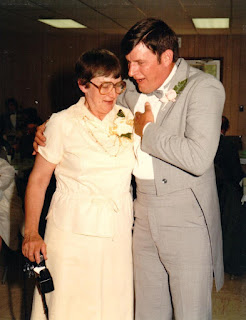 Even if there aren't pictures of her at an event, she was a part of it!  Many times she was taking the pictures!

She was a great photographer at my wedding- catching a lot of the un-posed moments! Our official photographer got this great shot of her hugging- and stabbing with the pin in her corsage- my new husband. 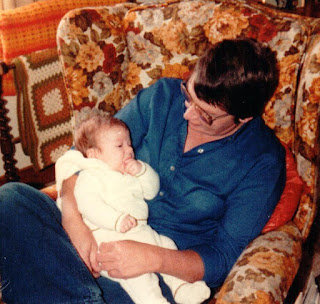 She was thrilled to meet her great-nephew at his first Thanksgiving.


And when we made our first visit to the house on Third Lake, she had gotten him a handmade rocking horse, made by a local craftsman.  We still have it, and look forward to Jonathan ride it! 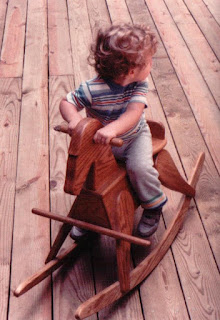 It wasn't Christmas if she wasn't there, even though she strongly objected to kids waking her up at the crack of dawn to open their gifts!.  She enjoyed playing with the toys she got for the boys.  One year she spent hours and hours helping assemble a Lego spaceship with Guy. 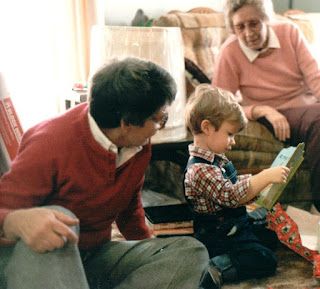 She had a great sense of humor. On this particular holiday, she had made my Grandmother a "dickie"- to look like a blouse rather than a turtleneck.  It didn't come out quite right, so she wrote a letter of explanation, which was so funny Gram wasn't able to finish reading it out loud. 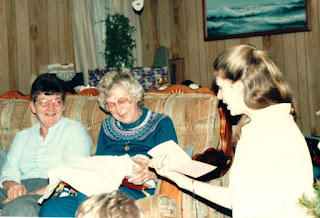 When we moved to the new house, she offered to help us do the wallpaper during her Thanksgiving visit.  She really liked having a project to work on! 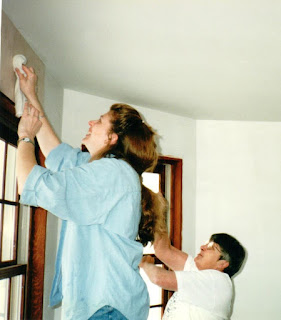 And then there was the year we gave her a nerf dart gun so she could scare the black bears away from her bird feeder at "camp".  She had been spraying them with the hose.  Black bears! 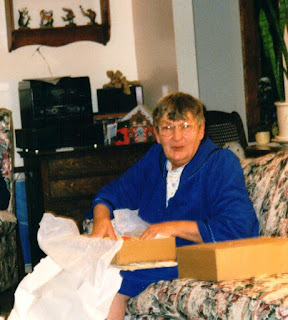 This was the year- after our boys were grown, and we were all (except my mom, who is only faking in this picture) enjoying some adult beverages.  Guy made the comment we were putting on our drinking hats.  So I dug through the collection of hats and we did indeed wear drinking hats.  This was one of the last years she came for Christmas. 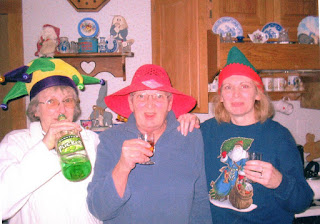 We spent many happy days at the house on Third Lake, going up most summers for a few days.  Her she is with Guy at around age 5 or 6. 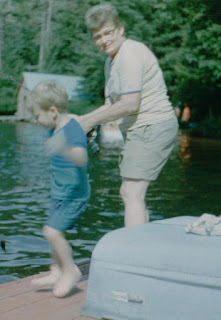 And this is the year the boys went with their grandmother.  She was always happy to spend time with our boys- I think they were the grandchildren she knew she would never have.  They were lucky to have her in their lives! 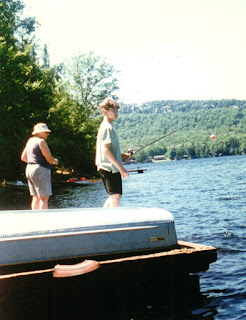 It's a beautiful place and I am very grateful she gave me a reason to visit there again. 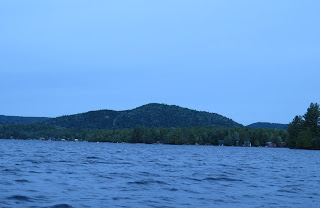 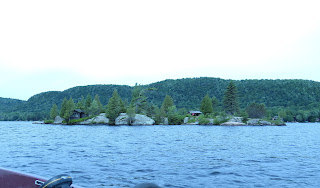 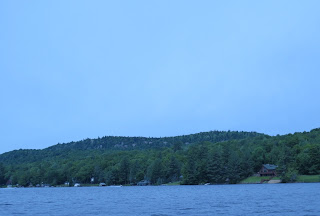 While there, we learned about the Adirondack Watershed Institute.  This is a group of volunteer students, who are trying to ensure that no invasive species are brought into the lakes by careless boaters.   It's a little bit shameful that the NY State DEC doesn't monitor the lakes, But it's great that someone is taking care of this wonderful resource!


Posted by Martha Lorshbaugh at 6:06 PM