Last week was the end of all the meetings, planning, emails, and frenzy of last-minute quilting for a couple of years.  The Stitches in Time 2016 show had finally arrived.
First is all the quilts I showed- just to see them all in one place.   It's not everything I did for 2 years, but I gave a few away, and didn't show anything I had shown in another guild event (like the challenges)


It's great to see old favorites by my friends on display again, and the surprising things they made just for the show. 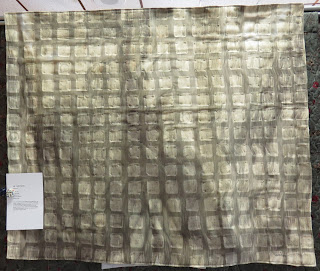 My friend Kathi's work just amazes me.  Whatever it is that makes a person an artist, Kathi has it.  She just sees things differently and is able to express what she is feeling in her work.
This piece is called "Deployment".  She made it while her son was in Afghanistan.  It is a grid of days, each marked off as they passed.  There is a circle on the days he was in true danger.  The overlay is a picture of him taken while deployed.  Very powerful in person 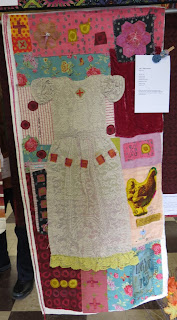 She calls this one "Motherness".  It is filled with memorabilia and  symbols of times shared with her children. 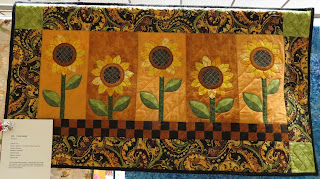 I love these pieces by Trudy Kutter.  So traditional, and yet in some ways, not.  Look at the stitching around the flowers, adding extra petals to each one. 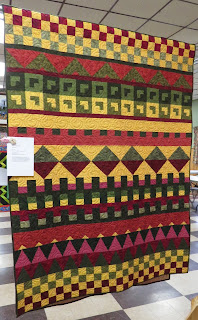 And the piecing in the "Woven Coverlet" has a very modern feel to it.  Maybe it's the solids? 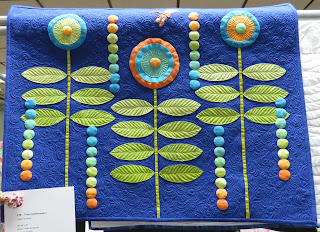 I think Tracy Jachimowicz made this in a class with Karen Kay Buckley.  I just love it!!! 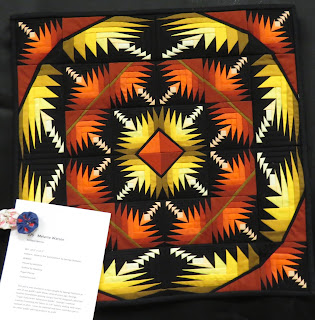 Melanie Watson finished her piece from the George Siciliano class back in 2010 (?)
She has worked on it at retreat every year.  I wonder what she'll bring next year now that it's finished.  :-) 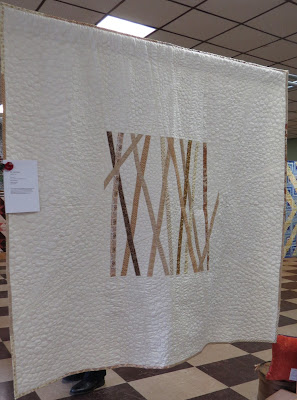 Ann Renica made this very modern quilt as a wedding gift! 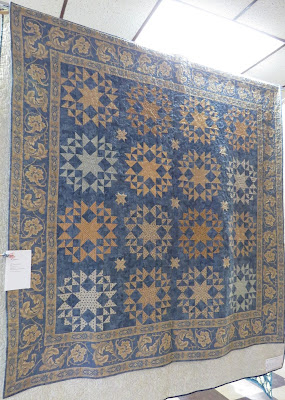 Arlene Kelly is a purely traditional quiltmaker.  The colors and the border fabric in this one just made me say wow. 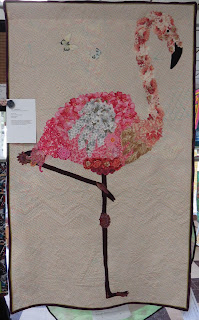 My friend Mary Lee has been doing some modern quilting on her pieces.  This was made with a pattern by Laura Heine.  They look like a lot of fun, but a lot of work as well. 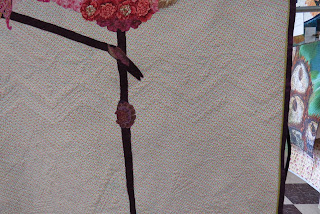 This was the first time many of the ArtCGirlz fish quilts were all displayed.  It looked pretty cool!

The show is also a great place for chatting with friends.  We don't get to spend much time just enjoying each other's company at the guild meetings.  I told a friend it's kind of a three day party.  (Although most people don't  usually work this hard at a party) 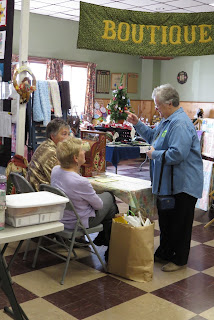 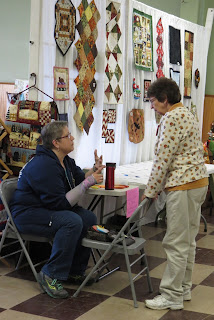 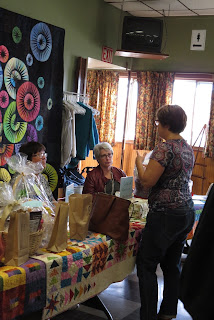 (OK, so in these pictures we aren't working that hard)

It's also a great place to see quilting friends you don't get to see on a regular basis.  I was happy Mary and Sandy stopped in to say hello! 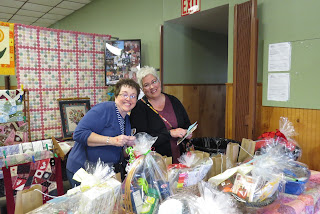 So, it's almost time- at long last.  This one has been very tough and I think it will not end after the ballots are all cast.  Sigh.  My husband and I had a brief , um- let's call it a discussion, about the framers of our constitution and how that document should be interpreted to fit our times.  I personally believe they would throw up their hands in disgust.
In the final debate, which I did not watch, I understand very few issues were truly debated.  One issue that hasn't come up at all, except for the guy in the red sweater, is climate change.  I wonder why, truly.  Is it not a hot enough topic? (no pun intended)

I am grateful for:
Tomorrow is the site visit at work.  The second big event I've been preparing for this month.  No matter the outcome, I'll be glad when it's over.
Time with the kids.
Tiny kitties to cuddle
Music to lift my mood.
Rain

Posted by Martha Lorshbaugh at 3:01 PM