Girls' Day at the Museum of Play 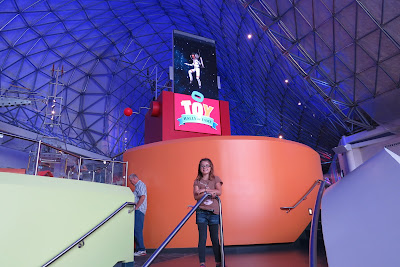 For Kiara's birthday, I gave her a certificate good for one day of doing whatever she chose.  (I should probably have specified an upper limit, but she's nine, so maybe a trip to Paris wouldn't occur to her)  She chose to go to the Strong Museum of Play in Rochester.

We had been there about a year ago with her whole family and she's been whining to go back ever since.   I enjoyed my first trip, so was happy it wasn't something outrageous like the trampoline park (where she would be on her own as I doubt that is recommended for people my age)! 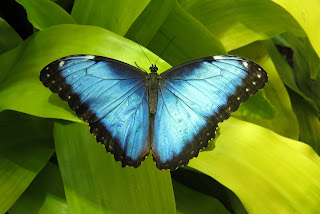 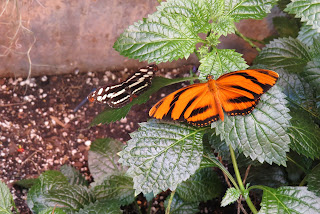 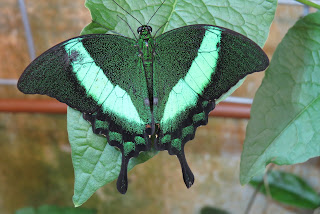 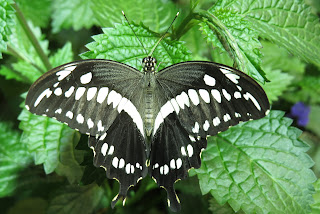 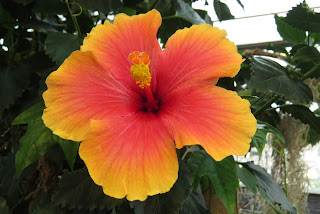 In addition to the butterflies, there are glorious flowers to enjoy! 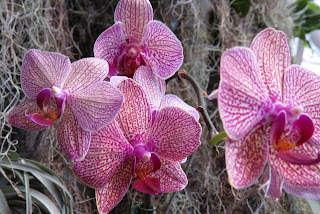 Back out in the museum, we ventured into the land of the Berenstain Bears, where we found- 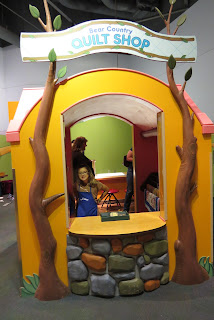 No fabric there, though.  Ma Berenstain apparently sells her quilts. 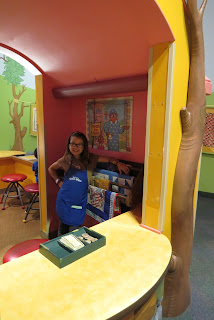 Kiara is a very good salesperson! 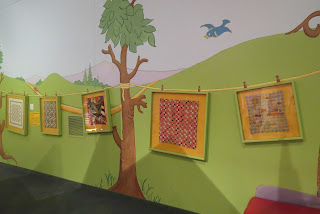 Upstairs in the toy hall of fame, I found this display amusing.  There are at least three dolls in there I played with when I was her age! 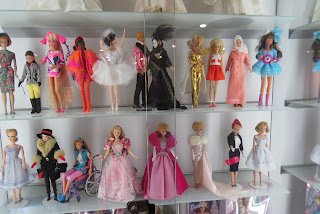 We played a toy trivia game, where once again I felt very  old, since I can remember when nerf was new.  I didn't think there were still dinosaurs around, though. 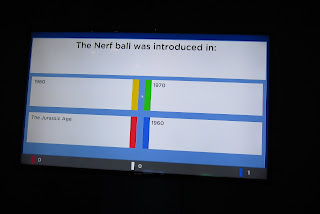 
This display would come in handy when I get dressed in the morning!  (some of you may recognize this ensemble!) 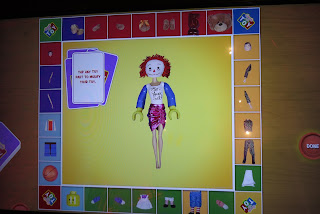 This was cool- a video wall where you could be part of the scenery. When you clap your hands, your picture shows up in one of the bubbles! 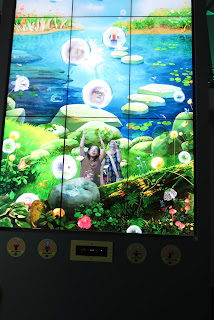 After I took this picture I saw the sign saying no climbing. oops. 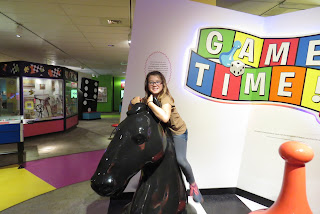 This room kind of made me nauseous, but it was fun! Easy to lose your balance, but the walls have that gymnasium padding! 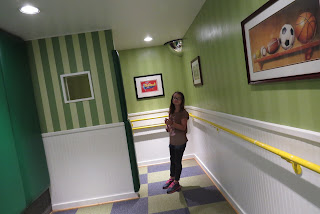 We had a very good (and exhausting for me!) day.  I hope her next wish is just as good! (The certificate is good for one wish a year, so I'll be interested to see if she hangs on to the certificate)

We did it!  The majority (and some of the minority who have been paying attention, no doubt) banded together and showed those greedy, ego-maniacal  bastards we won't be fooled!  It's what I've been saying for years- if enough people want a thing, it happens.  Make your voice heard!

I am grateful for:
Lots of Gramma/ Oma time this week.
Cooler weather, especially the nights.
Macaroni and cheese
Not being bored at work anymore.
My shy foster baby was adopted quickly!
Posted by Martha Lorshbaugh at 1:37 PM