I don't have much to share this time, so here are some pictures of kitties.  Hey, if it's good enough for facebook...... 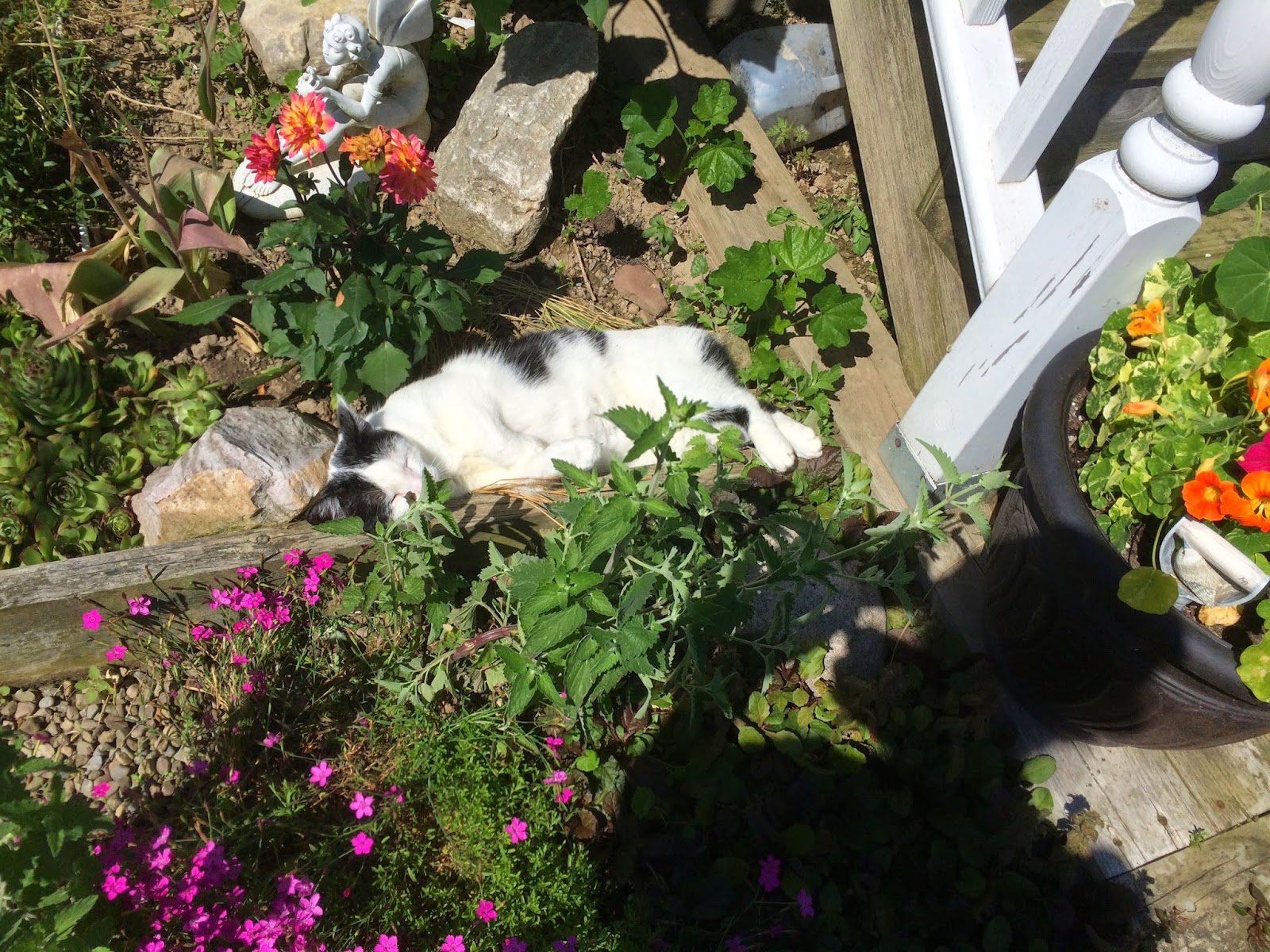 George got into the catnip plant in front of her, then passed out in the sun. Using a rock as her pillow.  Cats are weird. 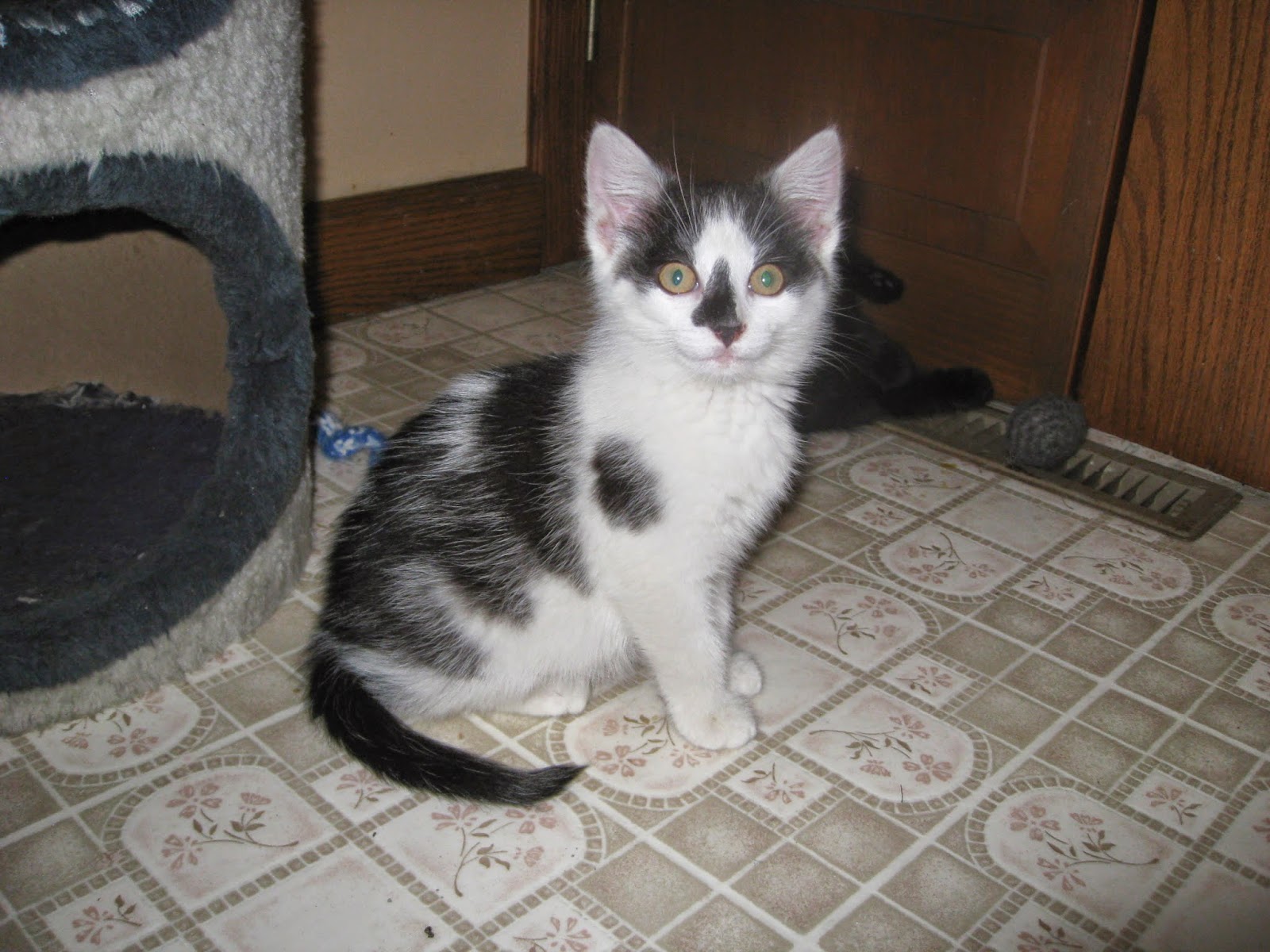 This sweet guy came into the shelter as a bite case!  He looks ferocious, doesn't he?  I have named him Hedwig, after Harry Potter's owl.  Look at those eyes! 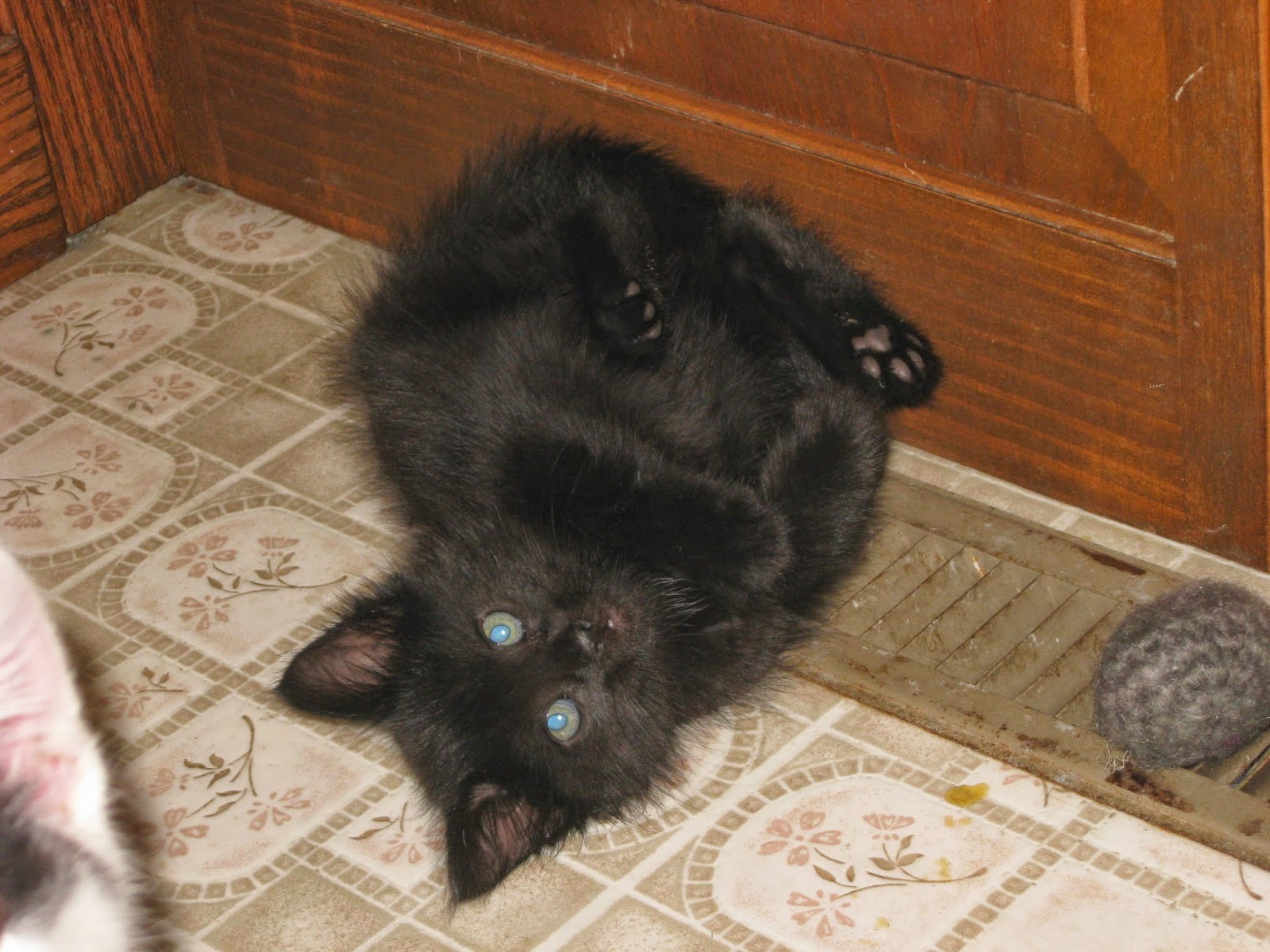 And speaking of cats being weird, this is the newest member of the foster family.  He is only about 7 weeks old and was found outside during that nasty thunderstorm we had last week.   I am calling him Thor (the god of thunder), but I think he wants to be named Ted. 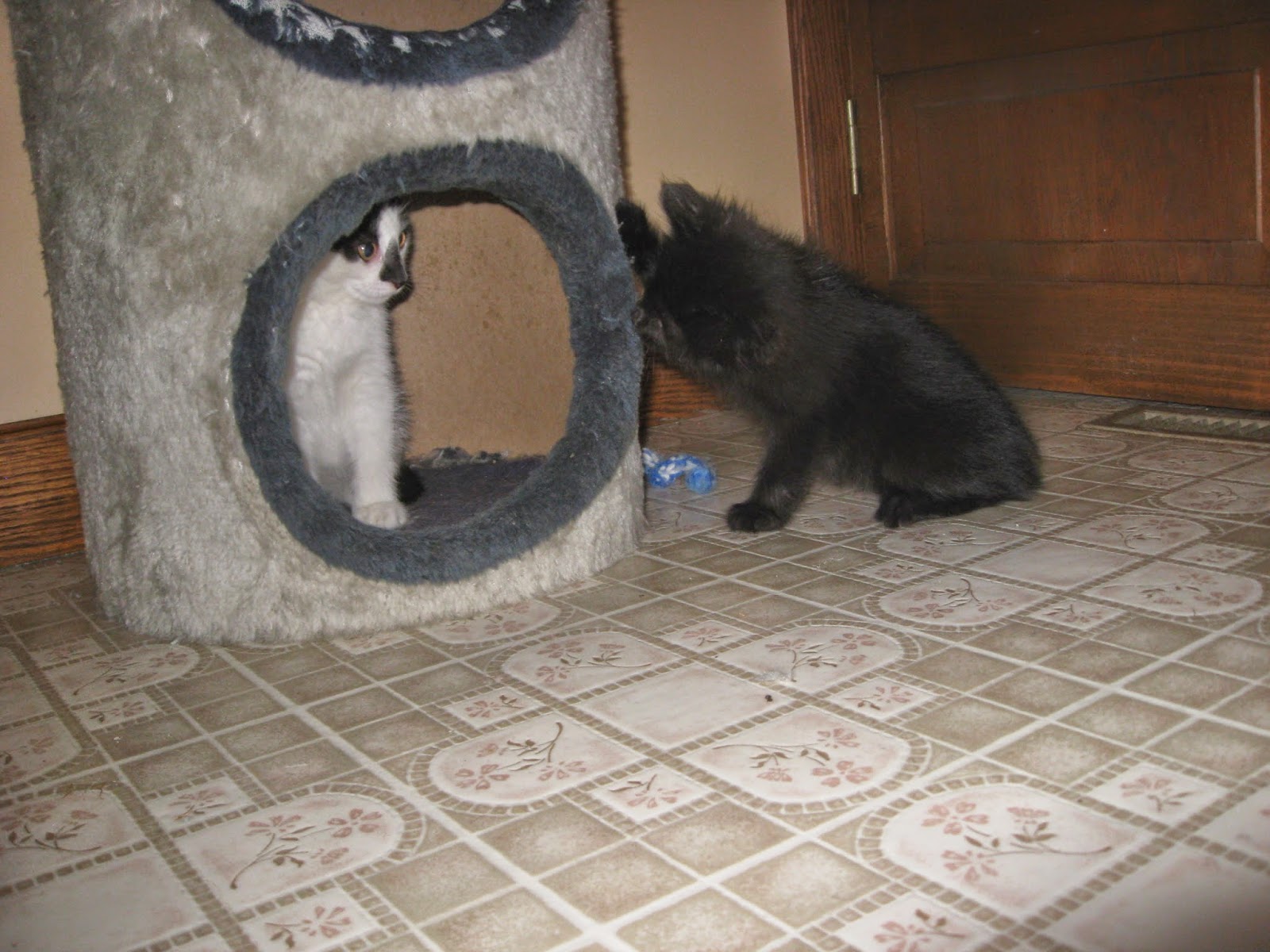 They look cute, but were growling and swatting each other as part of the getting to know you process. 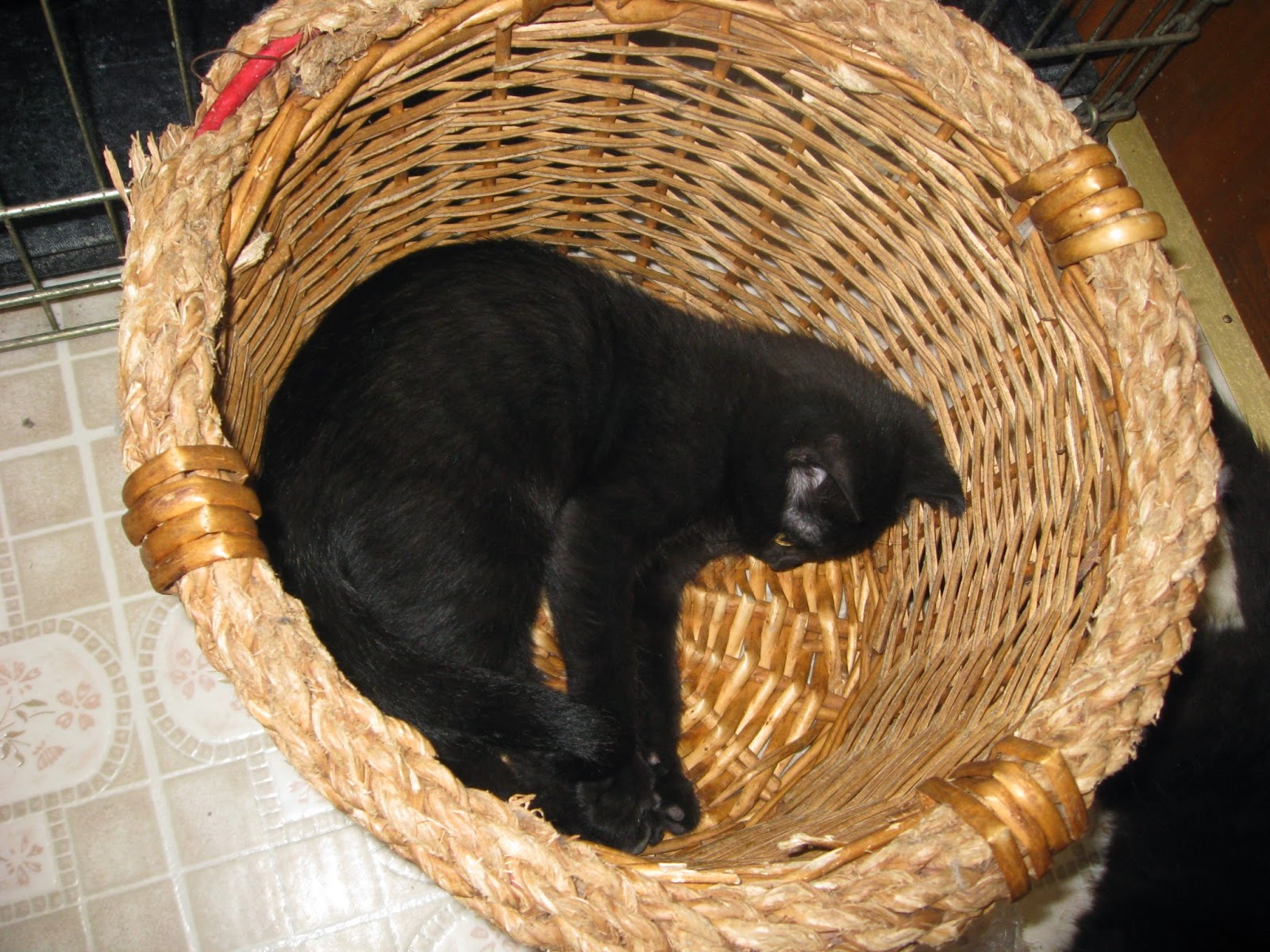 This is Pitch (as in Pitch black- get it?)  He loves this basket- and one day very soon he will catch that tail! 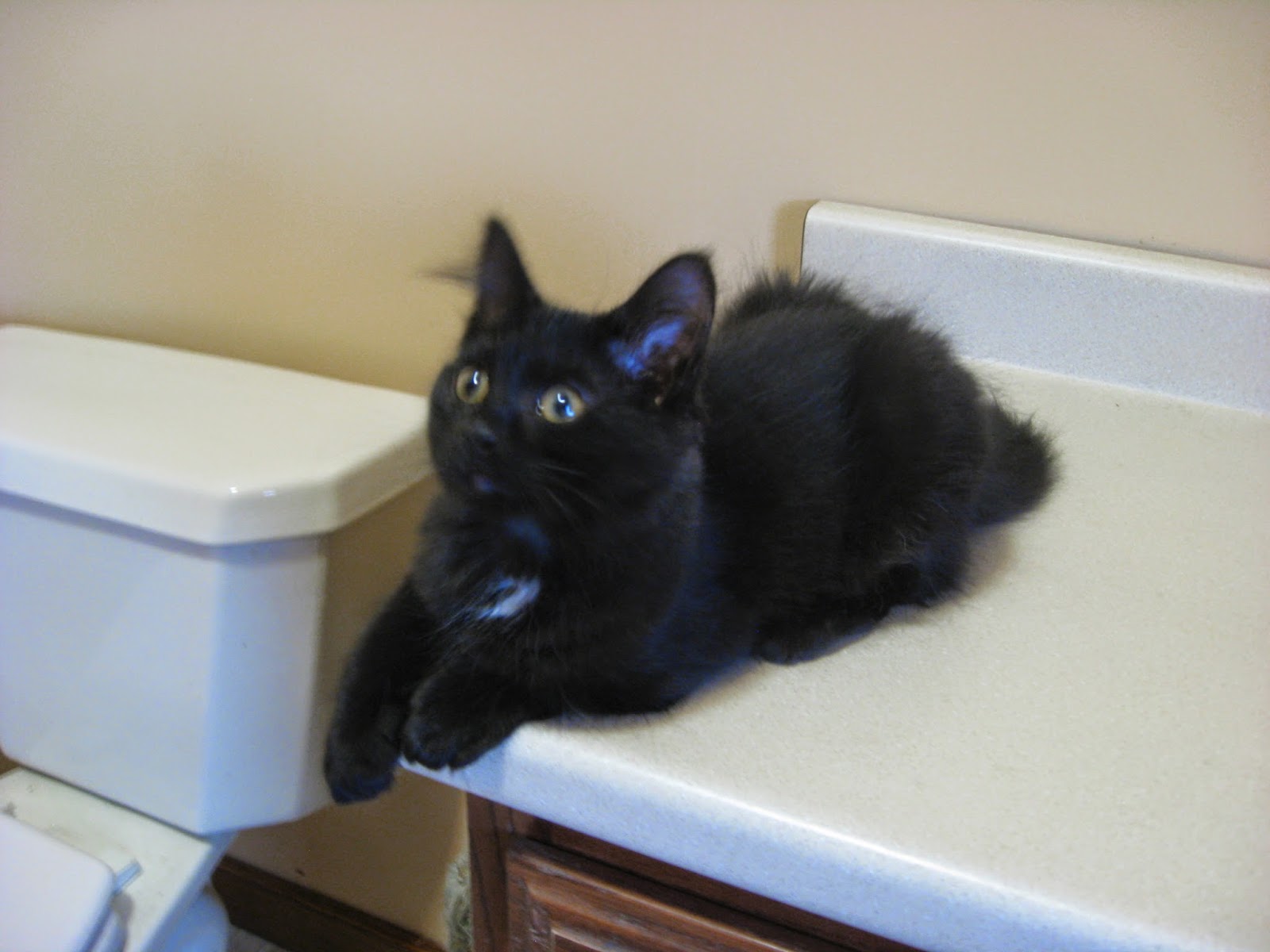 Pitch's little sister, Eve.  She has soft fur like a long haired cat and cool tufts on her ears. 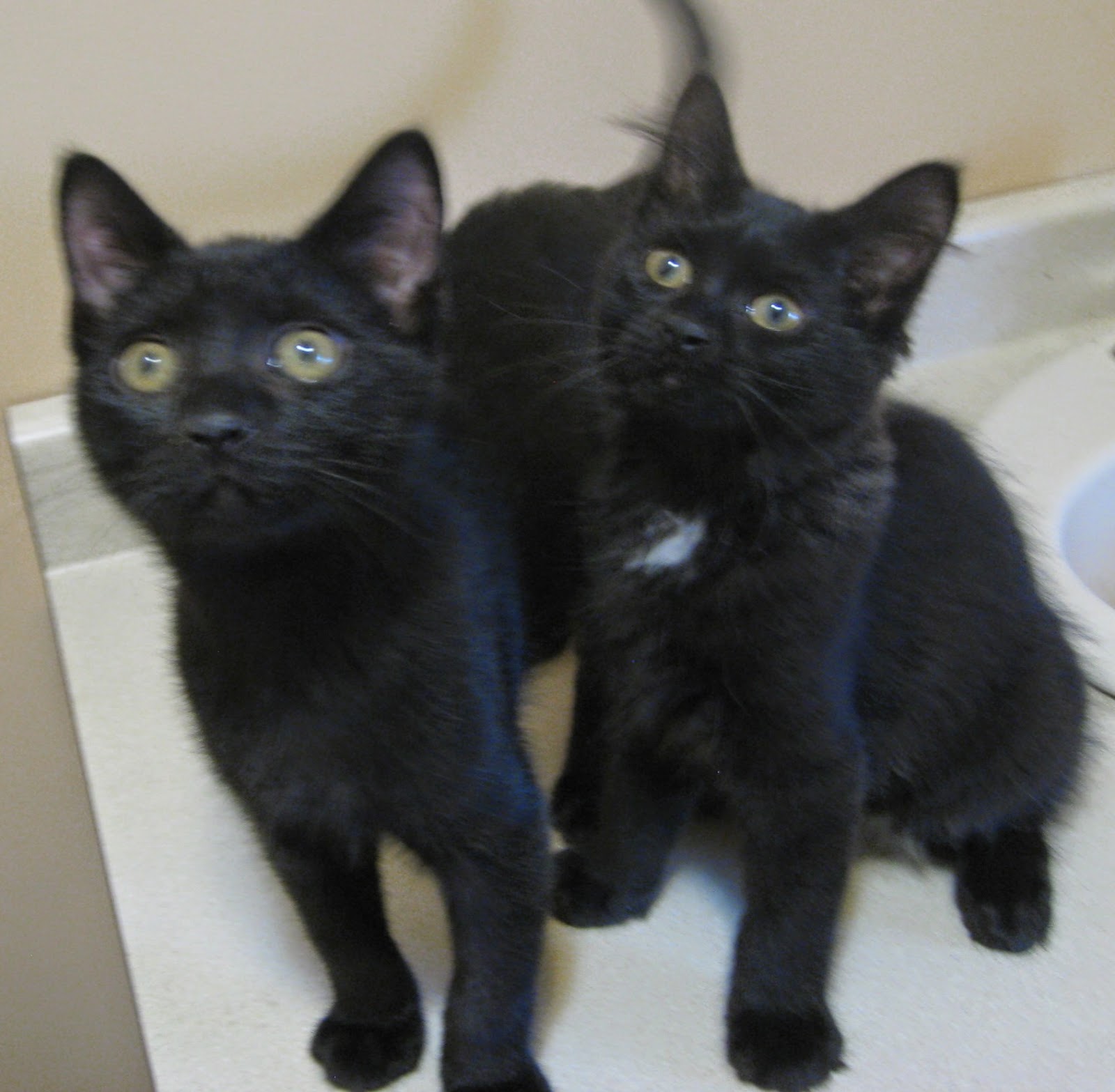 I saw this article in the paper yesterday.  I am a member of the "First do no Harm" society.  Maybe this is just a normal fluctuation.  But maybe it isn't.  Do we really want to wait and see if it gets worse???

I am grateful for:
Stephen King.  Not only his books, but his author's notes.  He is my deserted island choice.  Not only could he keep me entertained with his stories and his really odd sense of humor, I bet he is just an interesting person to spend time with.
My shy kitten Angela was adopted by the perfect family!
We finally saw the fawn we had suspected was hiding out in our backyard this morning.
Grilled cheese sandwich on salt rising bread.  Comfort food.
Lunch after the guild meeting.
Posted by Martha Lorshbaugh at 1:32 PM