Too late to turn back now

As you may have heard (several times) I am going to be a grandmother in a short 8 weeks or so. I was just thrilled to hear mom wanted to use cloth diapers.  Now keep in mind, I used cloth diapers over 30 years ago, and- as they say here- diapers have come a long way since the days of pins and rubber pants.  (personally I blame Martha Stewart, who seems to have  created this need the world has to decorate every last element of our lives)  My babies were born in the dark ages, when your choices were prefolded or unfolded.


So when we talked about it, I mentioned diaper service. (do those even exist anymore?).  She said she was going to talk to her cousin who used cloth diapers.  Apparently that cousin recommended diapers like these:
http://www.diaperjunction.com/blueberry-mini-deluxe-pocket-diaper.html 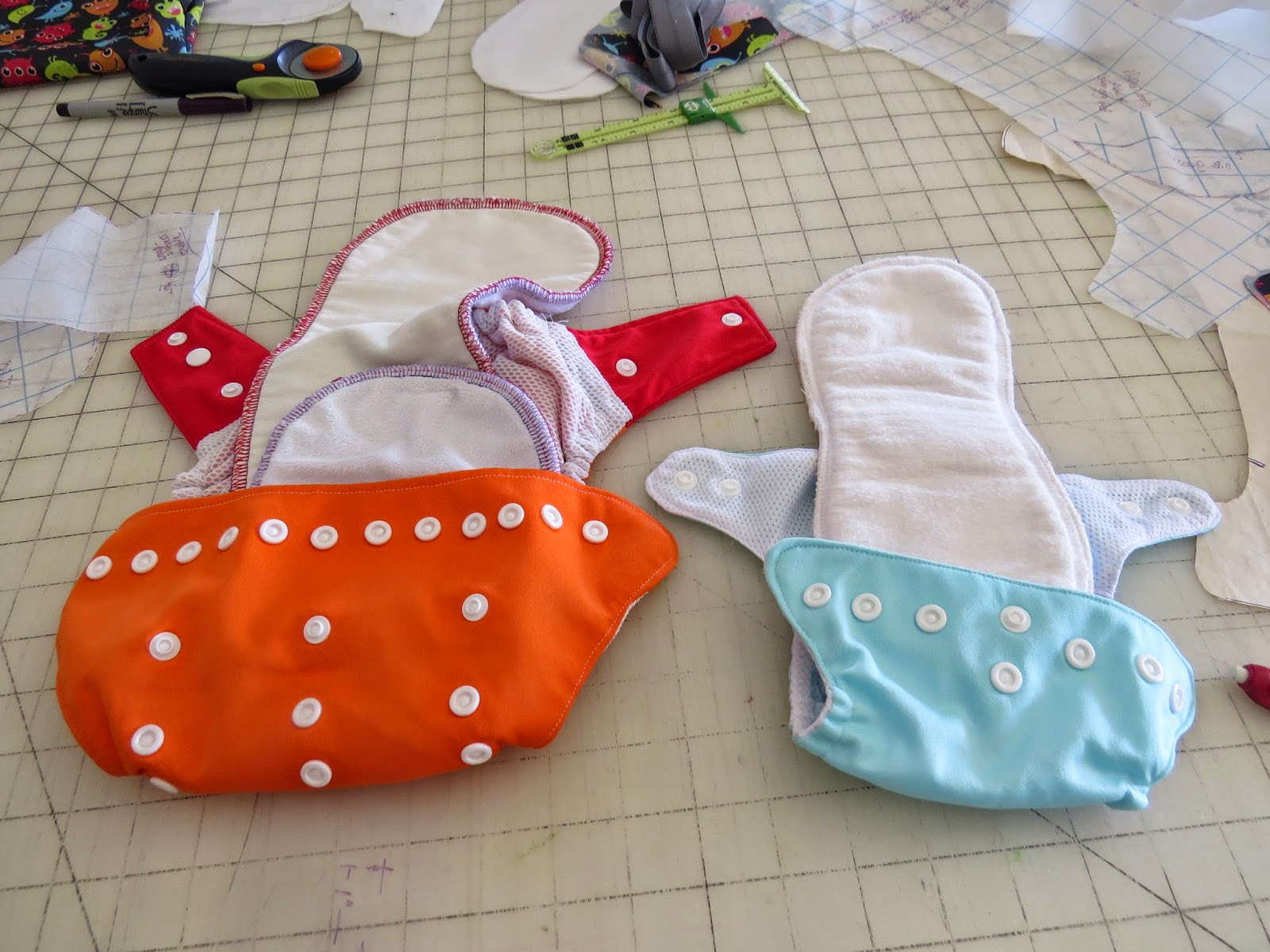 I knew a friend of mine had made diapers for her grandson. So I offered to do that- and consulted my friend, who helped me wade through the mountain of free patterns and information for making diapers available online.  She even sent me some of them, now that Freddy is in big boy pants! 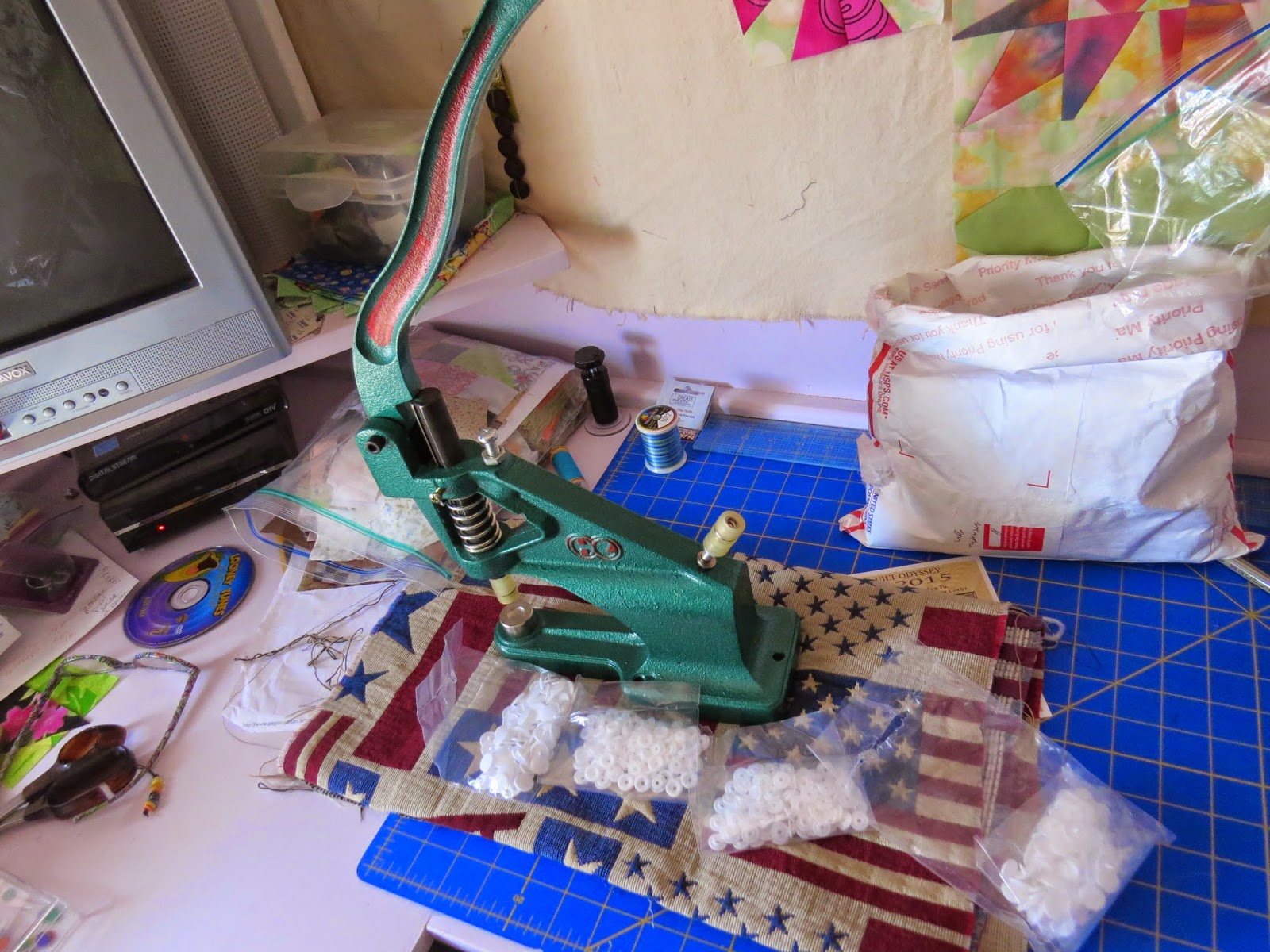 Linda said the first thing I would need is a snap press. (I call it "the snapplicator") 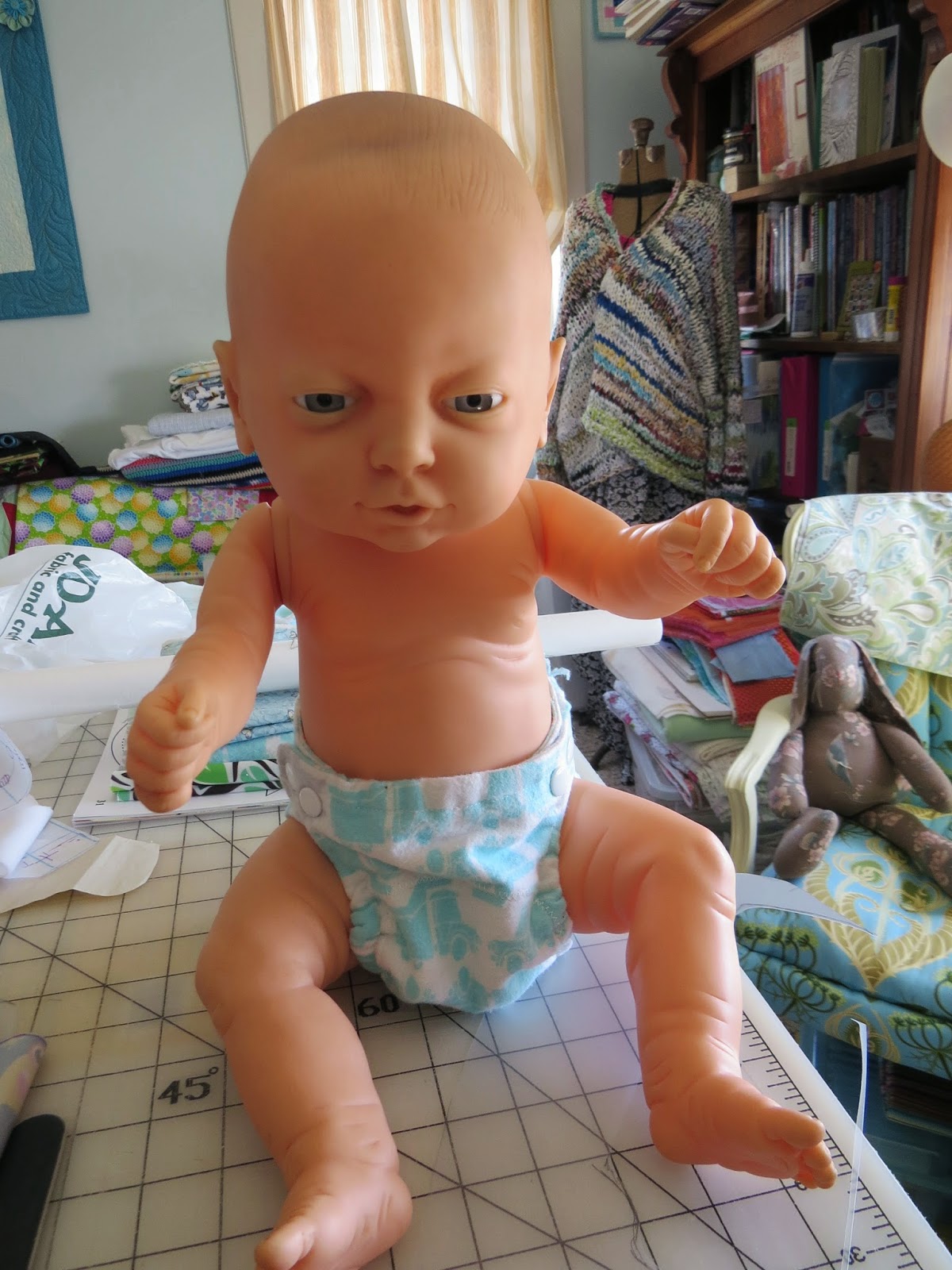 Before I started cutting into the good fabric, I made a test diaper, which gave me a chance to see how the snapplicator works.    How cute is this?
The baby came with a kit and patterns for some baby stuff I tried to knit for my boys.  I say tried because I wasn't much of a knitter then.  Lucas used to play with this baby, who he called "Elizabeth"- don't ask me why.

And I have finally gotten to the point where I think I know what I'm doing.  So I got out the good fabric, called PUL.  Cait picked this one out. 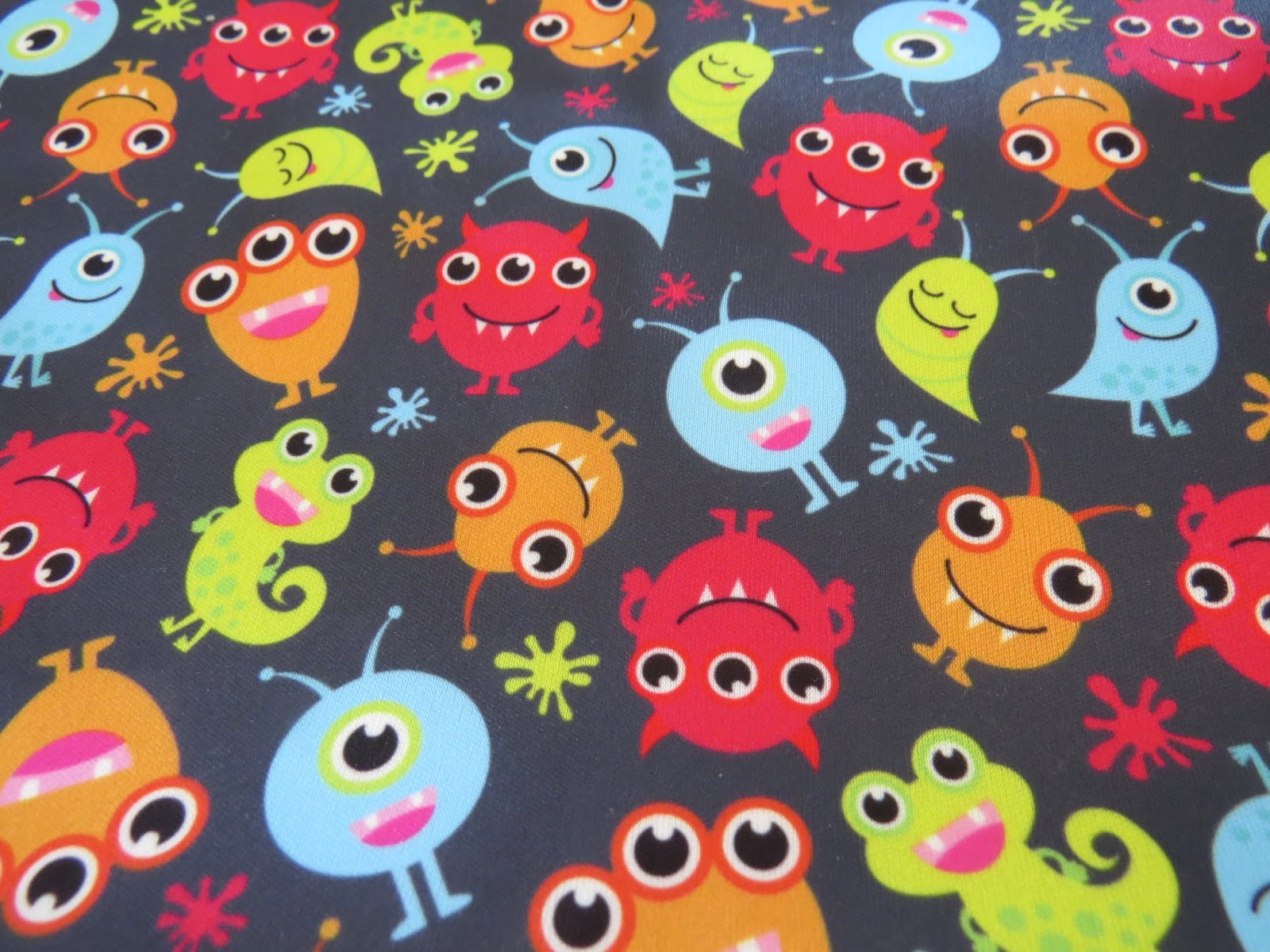 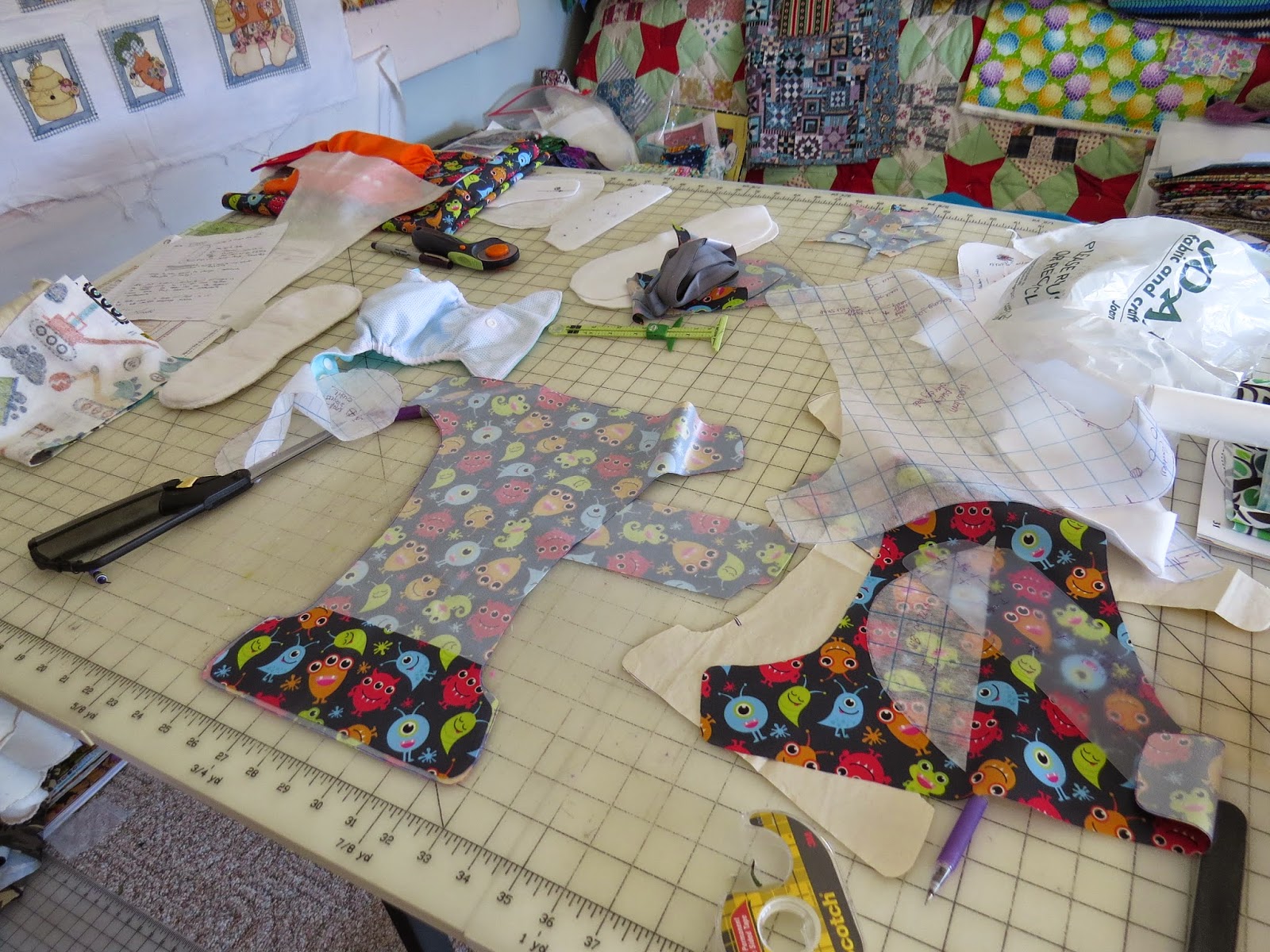 And here is my work table.  You can tell I'm working hard because of the mess.
It was a long, and tiring afternoon, where I learned a lot, but accomplished little. 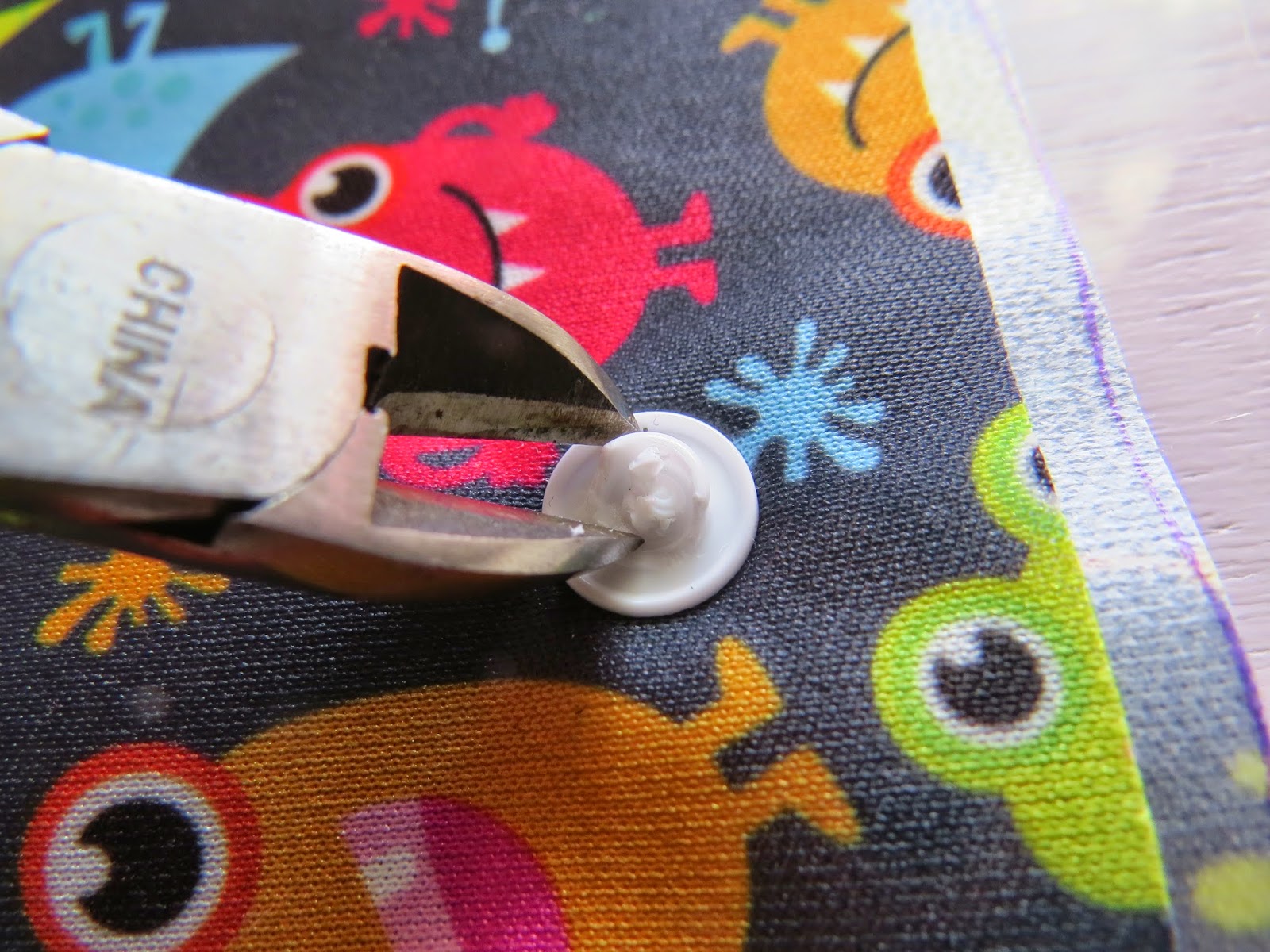 For example, I learned that when you put a snap in backwards, you better have a good pair of side cutters to remove it.

The snaps have two parts, of course, which are called a stud side and a socket side.  I call them innies and outies. 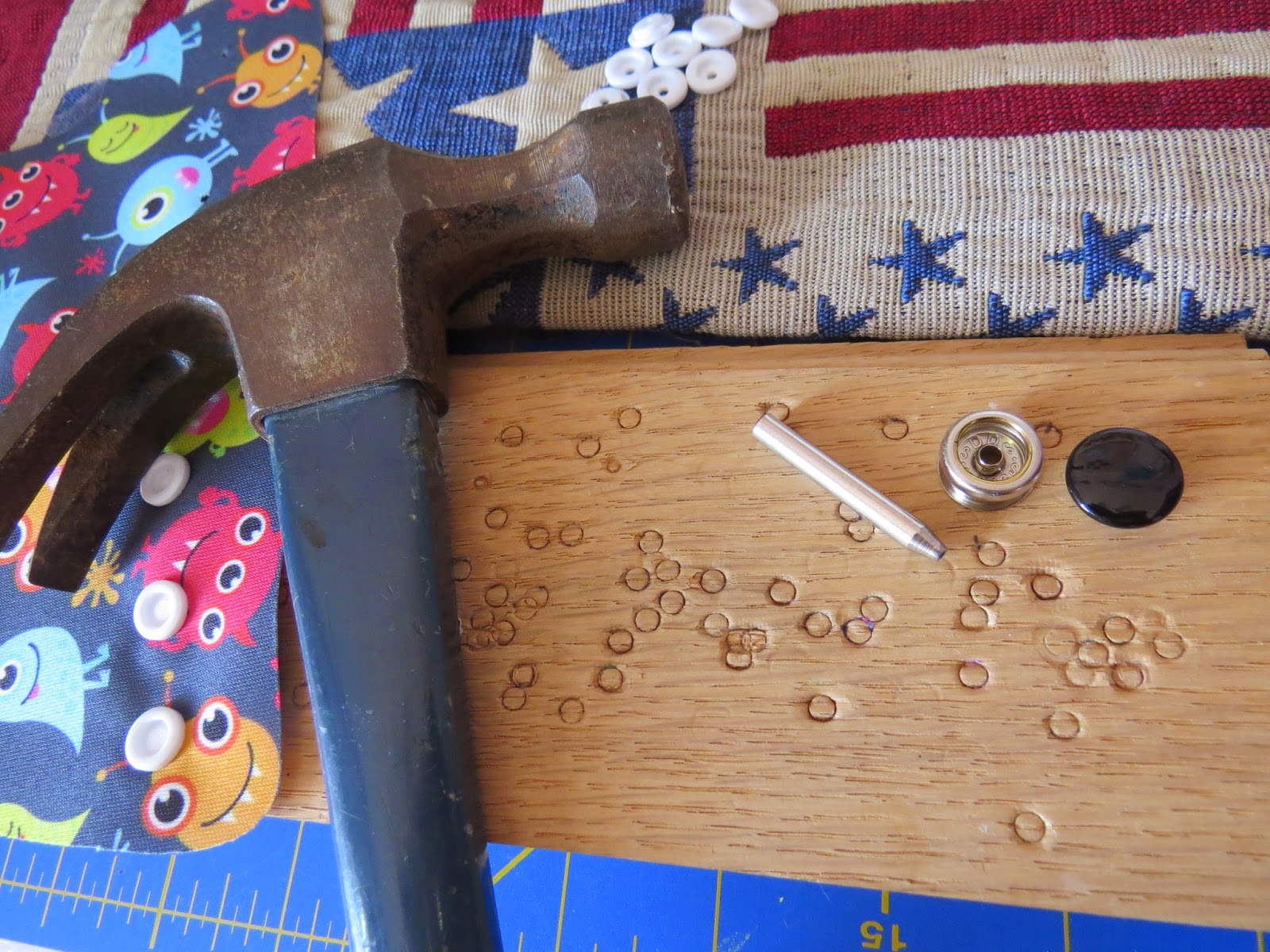 The PUL is tough and kind of stretchy so it was very hard to get the pin on the snap to go through it.  The website recommends an awl.  I tried a very fat needle, but the hole seemed to close back up.  Then a light bulb came on!  I have the tools to set snaps like these- you tap the metal gadget with the hammer and it makes a tiny hole- prefect for the plastic snaps as well!


So this has become a rather labor intensive process.  I started thinking with what I have spent, I could have just bought more of the pre-made diapers.  But I've come too far now. 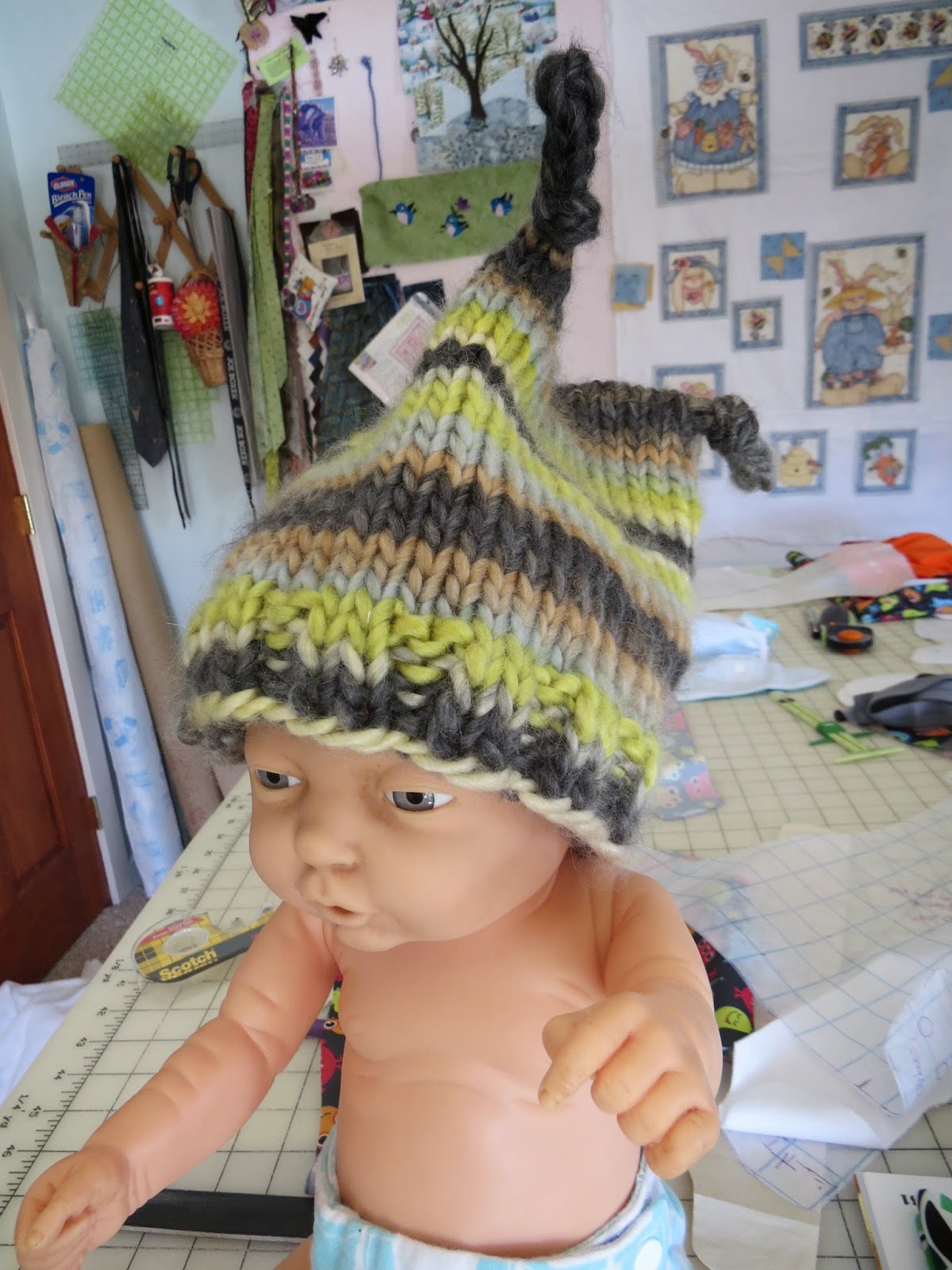 Meanwhile, I discovered the cutest baby hat pattern in my collection.  It didn't specify a size, so I just went ahead and made one.  Looks like I can save it to give him on his first Christmas!

Did you hear that in Florida, there was a ban on the words climate change in government offices?  How stupid is that?  Like it will go away if we don't talk about it!!
This video shows how ridiculous that kind of thinking is!
GCC is holding their annual ecofest April 11 from 10 to 2.  They do an e-waste collection, among other activities.

I am grateful for:
Getting to see Cinderella with Cait and Kiara
Finding some great people to help me with my aunt's taxes
George's sister has come to visit.  In a perfect world, she would have stayed with us 3 years ago!
I have crocuses!!
Spotify and headphones
Posted by Martha Lorshbaugh at 7:43 PM