The Xcentric quilt is finished at long last! 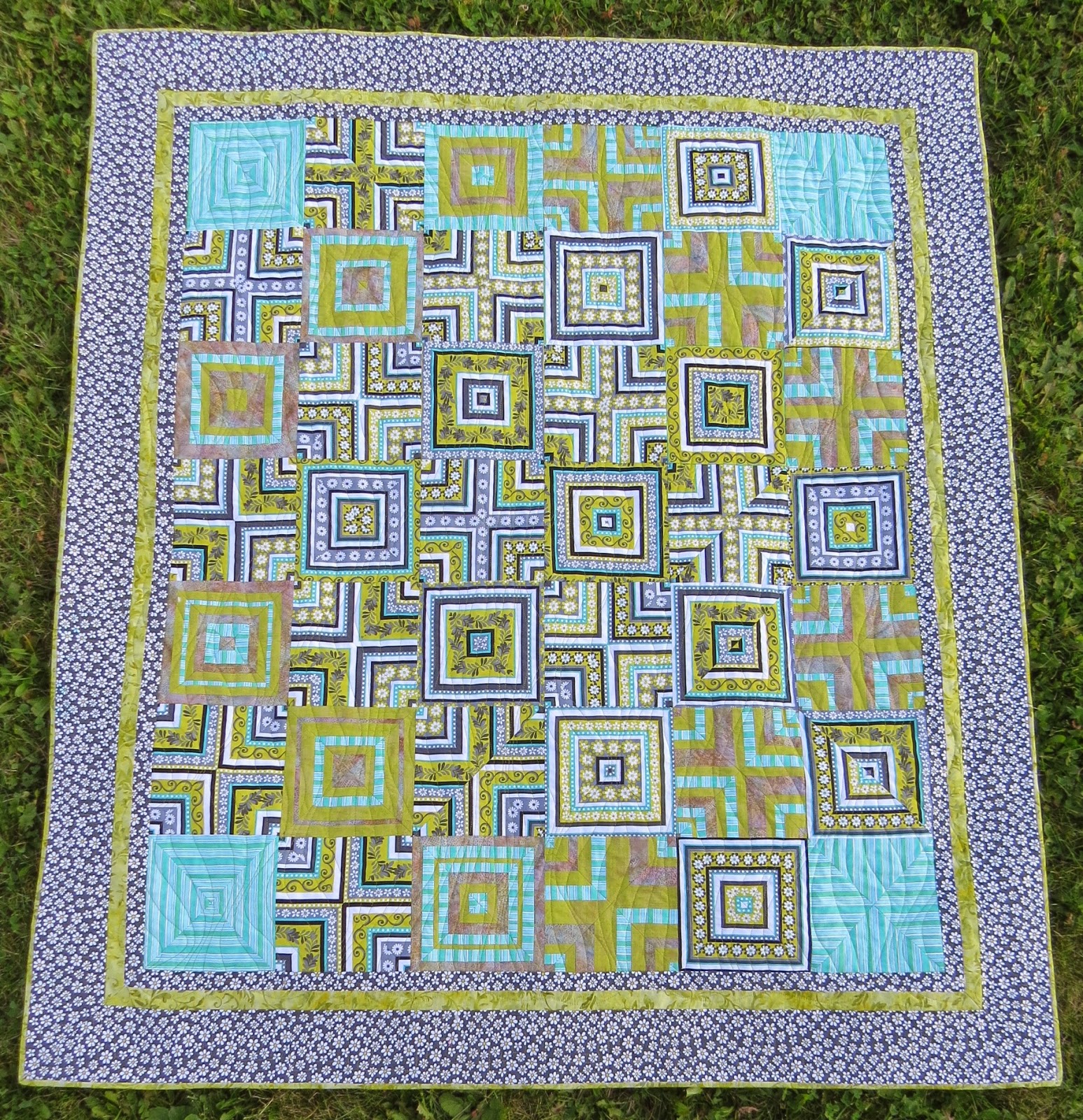 So, remember back in May I said I was having trouble deciding how to quilt this because I had too many ideas?
This, by the way is my project from a class with Anita Grossman Soloman, called Xcentric.  I have not, as Anita suggests, kept it simpler.  It's just not my way.


I had it tacked to my design wall for weeks trying to decide how I wanted to do the wavy lines I had settled on.  Then Mary Lee was looking at Anita Shackelford's "Modern" templates patterns for longarm machines, for one of the pieces she needed to finish for the quilt show.  She found one she liked and sent me the link so I could see what she was talking about.  Once I got there, I found this:

I immediately knew this was the one!!!  I do not, as you know, have a longarm machine, not did I feel the need to spend the money for the template.  So I practiced it on paper several times before I tried it on a sample quilt sandwich.  It takes a lot of concentration to do it perfectly with free motion, so I just got to a point where I was satisfied. 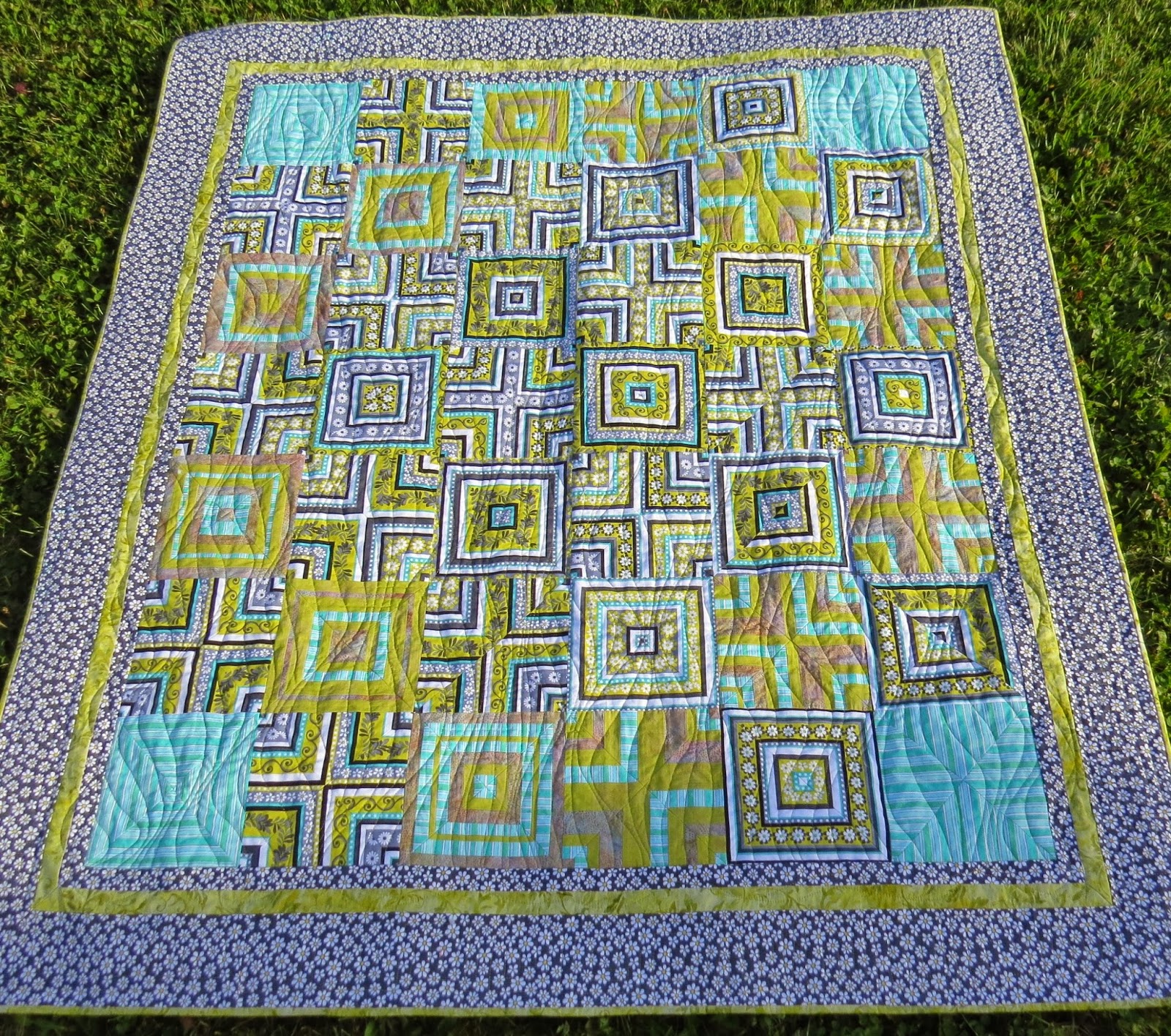 I took it out in the late day sun thinking I could get the quilting to show up.   The waves do look great with the piecing, but don't show much on the front.


It's more visible on the back. 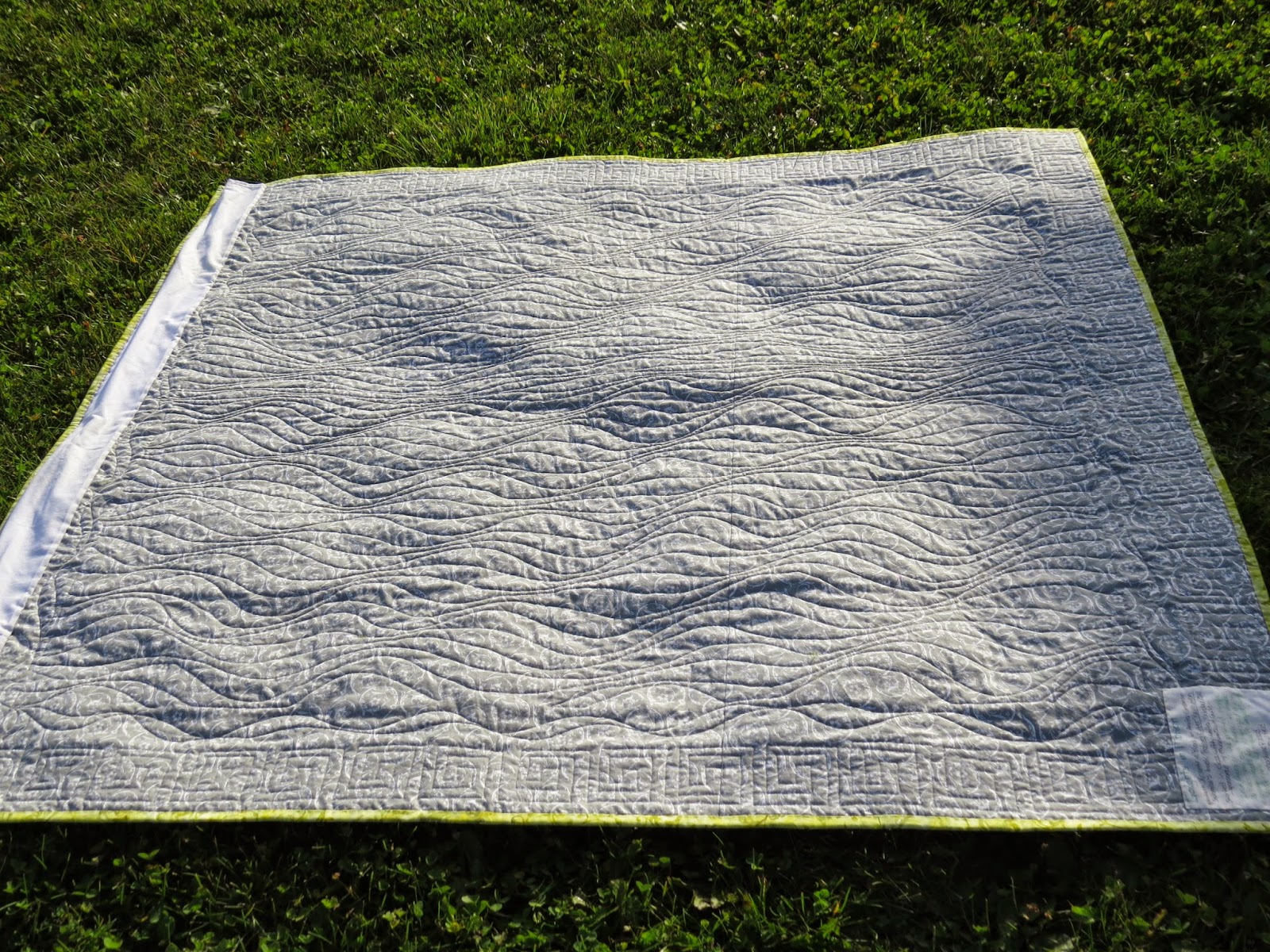 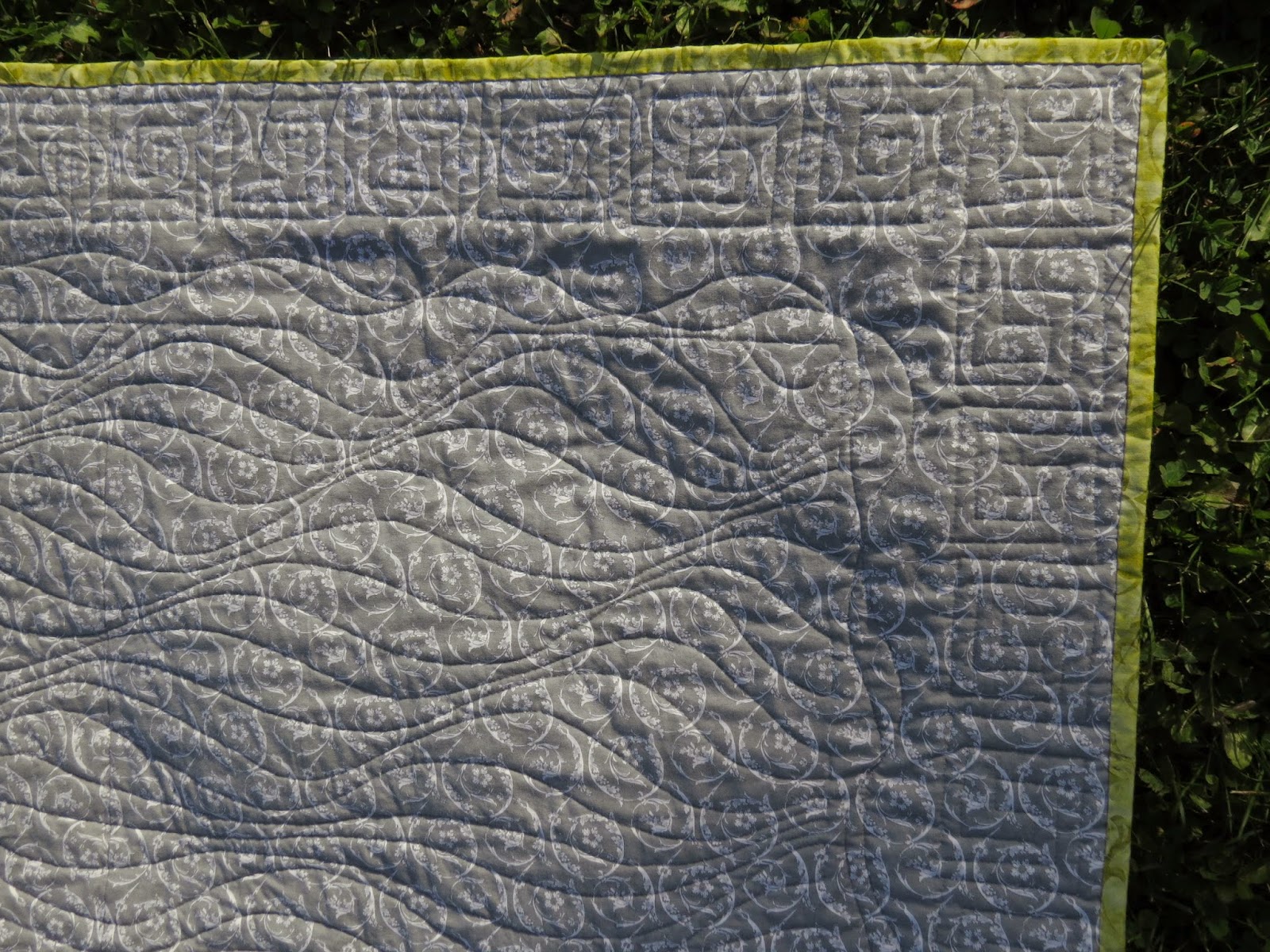 Here is a close up.  In the borders I did a ribbon thing for the inner border and a Grecian key design.  I figured that would echo the piecing.  I used a fine thread, so it is not overpowering.  I have to use fine threads since my machine refuses to tolerate the fatter ones I prefer.  Pouting and stomping my feet does not make it more cooperative.    (Personally I think this means the machine has to be male!)


The "Make it Simpler" thing is that I only had a small piece of the original striped fabric I brought to the class, but decided I wanted a larger quilt.  So I went looking for other fabrics in similar colors to use, finding only the aqua in the corners. So my solution was to buy fabrics that read as solids, make strip sets and cut the squares from them!  Not simpler at all, but I think it worked out pretty well.

I named this quilt "Gadgets in Motion" because it kind of looks like a printed circuit board to me.


Did you hear about the "People's Climate March" last week?  I don't think it got much media coverage, in all honesty.  The rich guys don't want it known how many people are now aware of the peril their greed has put us all in.  (sorry for the poor grammar!)  But the people are speaking up and making it known they want things to change NOW!
I found this article interesting- asking What- or rather WHO-  is Stopping us from making the necessary changes???

I am grateful for:
GREAT news from the insurance company!
Only 12 more days to the COF retreat!
A beautiful stretch of warm days but nice cool nights.
Old magazines.
80's music.


Posted by Martha Lorshbaugh at 11:32 AM