I took a few minutes to look through the UFO's to decide what I'd like to try and finish this year.  It's a rather ambitious list, now that I have them all lined up.  (Sadly, this isn't the whole list of what I would like to do this year, either!) 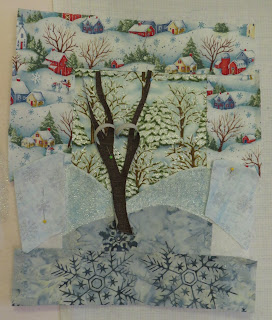 First up is this little piece, using the pattern from the Wendy Butler Berns class I took several years ago.  My original plan was to make four of these- one for each season.  The first one was spring.  I started this one last year when I realized how very few winter themed quilts I have to hang in my little "Gallery" for January.


And with a Museum Quilt Guild quilt show coming up this year, I'd like to finish a few things to show. 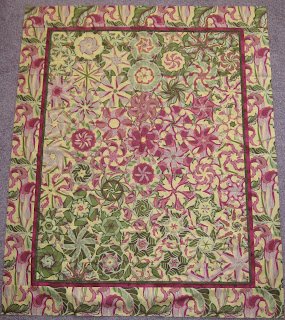 I've been trying to decide how to quilt this One Block Wonder.  Originally I had thought to use the motif in the fabric (in the borders here) as a design, But then I think about how an intricate quilting design will be lost on this, and think I should keep it simple. 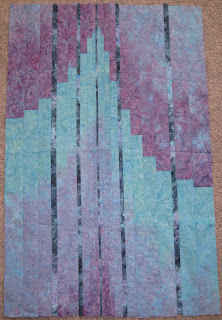 This background, from the "Cheater Bargello" class I took a few years ago is still waiting for the pokeweed appliqués. 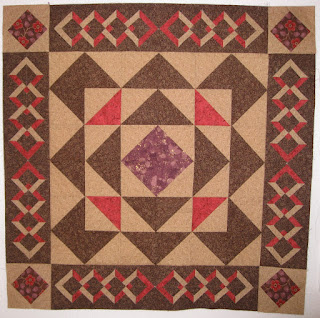 I made this one- again, several years ago- using some bonus HST units from a class I taught way back before I was blogging, using Karen Combs "Celtic Pieced Illusions" book.  I added the borders while preparing for a demo using the double diamond ruler.  I'm sure I just had no idea how to quilt it, so I didn't. 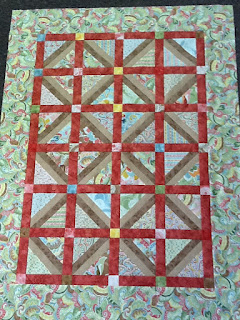 I pieced this using my favorite Scrap Therapy pattern, Charming Buds, at retreat a couple of years ago.   It would make a great gift, wouldn't it?
(I just looked for a link to the pattern, but it isn't on Joan's website. I wonder why?)

I almost forgot the Simple Symmetry blocks I have laid out from the class last October with Paula Nadelstern. 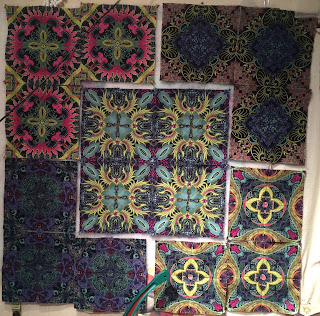 I have several donation quilts in varying stages of completion... 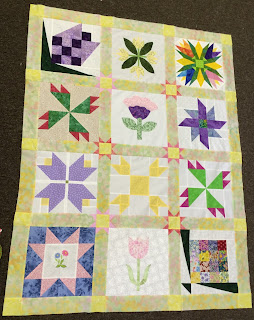 Another top I pieced on retreat a couple of years ago.  Just needs quilting, which seems to be the holdup pretty often. 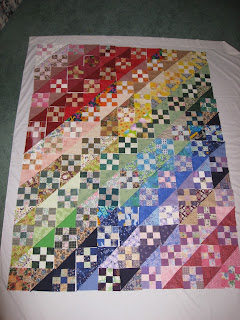 I use Bonnie Hunter's "leaders and enders" to make all those scrap therapy pieces into blocks while I work on other projects.  I had a pile of nine patches, so I made another pile of HSTs and laid them out in a sort of rainbow- probably inspired by the raffle quilt I did for the 2012 quilt show. 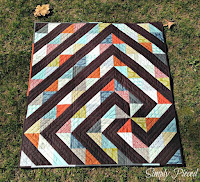 I had a bunch of the half square triangle units leftover, so when I saw this I laid mine out in the same design.  Sort of.

The original is more effective, and I wasn't happy  with the border when I got it done- I stuck those bits in there just to use them up.  But I wasn't unhappy enough to redo it.
Hopefully some child will be happy to have a blankie- it will be backed with a very soft flannel. 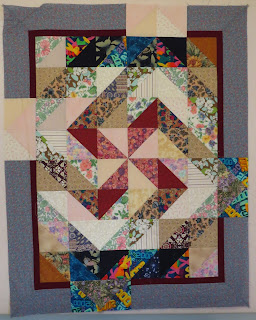 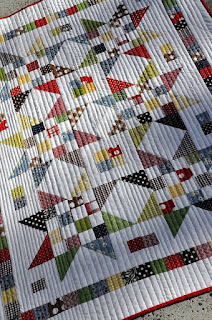 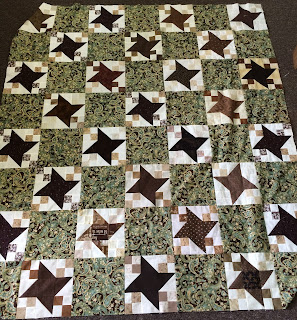 This is the inspiration photo, as my project is a bag full of four patch and HST blocks.  I think I'll bring this to retreat and assemble it.

This was supposed to be the guest room quilt, but it needs another border to make it queen sized.


Looks like a LOT, doesn't it?  This doesn't include a small project for the silent auction, a growth chart panel for Jonathan, a couple of challenges and the top I brought home to finish for the guild's community service day.
But at least I have my goals laid out.  Having a plan is sometimes all it takes to get things moving.

Here is an interesting article on how one day the carbon dioxide in the atmosphere could be recycled into a new fuel.  Sounds like science fiction, but it is things like this that give me a hope for the future of our planet!

I am grateful for:
Cait giving me time to play with Jonathan.
I had some sewing time last weekend where I just played.
My iPad isn't dead after the update!
Only 28 days to retreat!
The kittens are getting better.


Posted by Martha Lorshbaugh at 11:16 AM